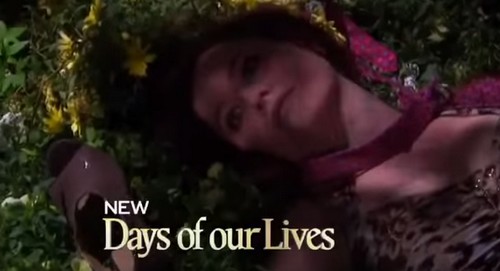 Eric (Greg Vaughan) will stumble across Serena’s dead body in a bed of flowers, presumably near the park. It looks like Serena’s murder is really going to shake things up in Salem. The cops are going to have quite a case on their hands. Naturally, Chad (Billy Flynn) will be one of the first people they want to speak with. Several club patrons saw the huge scene between Chad and Serena play out. Unfortunately, that means there are witnesses who can vouch that Chad was coming on awfully strong and left the club right after Serena. In other words, Chad is in very hot water.

Jennifer (Melissa Reeves) and JJ (Casey Moss) will also run into some trouble courtesy of Eve (Kassie DePaiva). DOOL viewers know that Eve already started this disaster in motion by giving Kyle (Michael Cardelle) updates on JJ’s connection to the DEA. Then, Eve called a tip line and let them know that Jennifer is in the loop on her son’s drug dealing. It appears Jen and JJ will have some explaining to do, but surely they can get everything sorted out. After all, Roman (Josh Taylor) knows what JJ is doing and he can probably clear the matter up. However, JJ could face problems if he follows Kyle’s orders. 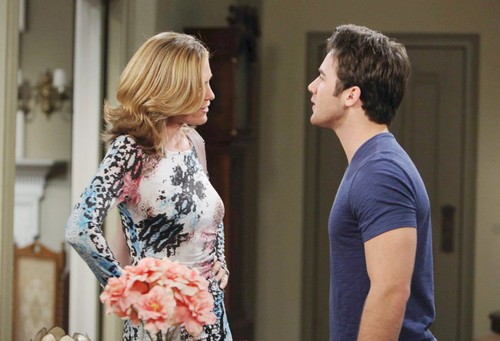 Kyle wants JJ to test out a new batch of drugs and make sure it’s “the good stuff.” It’s obvious that Kyle thinks Eve may be right about JJ and he’ll likely let Clyde know what’s going on. Down-the-road “Days” spoilers say Clyde will decide to have a little chat with JJ to put him in his place. The rumors suggest that once Clyde gets involved, Paige (True O’Brien) is as good as dead. Stick with “Days of Our Lives” to see if Paige is a goner.

Meanwhile, Hope (Kristian Alfonso) will have a major realization. DOOL spoilers reveal that Hope will have a deep conversation with John (Drake Hogestyn) about her future with Aiden (Daniel Cosgrove). Hope will let John know that she loved Bo (Peter Reckell), but she’s ready to move on. Aiden is the man in her life now and they both deserve to be happy. Of course, Hope has no idea that Aiden is a dirty rotten scoundrel who’s been playing her the whole time. We now know that Aiden was sent to Salem on a mission to make Hope fall in love with him. Who is Aiden working for and why? Stay tuned to “Days of Our Lives” to watch the mystery unravel.

So “Days” fans, what do you think about the news that Eric will find Serena’s corpse? Will Jennifer and JJ be able to fix Eve’s mess? Are you surprised that Aiden is a con man? Let us know what you think in the comments below and don’t forget to check CDL often for the latest “Days of Our Lives” spoilers, rumors, updates and news.