Days of Our Lives (DOOL) Spoilers: Steve Captured in Mexico, Injured Bo Desperate to Get Home – Daniel and Nicole Heat Up 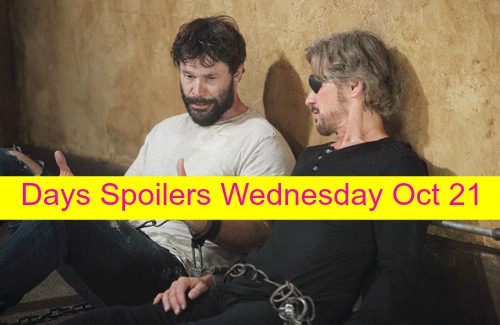 “Days of Our Lives” spoilers for Wednesday, October 21, tease that Steve (Stephen Nichols) will find himself in major trouble. After chatting with a somewhat psychic Caroline (Peggy McCay), Steve realized he’d been misled about Bo’s (Peter Reckell) death.

Steve headed back to Mexico to locate his friend and return him to Salem. Unfortunately, Steve will have a run-in with a few thugs once he gets down there. It’s a dangerous situation that won’t end well for our hero. Steve will be captured and locked away in a cell.

The good news is that Steve will achieve his mission to find Bo. The bad news is that Bo will soon be joining Steve in lockup. In the meantime, Bo will be desperate to get home. Bo is in pretty bad shape after being tortured for so long.

Though Bo was able to break free from his captors, his injuries will probably make it fairly easy for them to gain the upper hand once again. At least Steve will be waiting for Bo when he’s back in captivity. Stick with DOOL for updates on Steve and Bo’s reunion later this week. 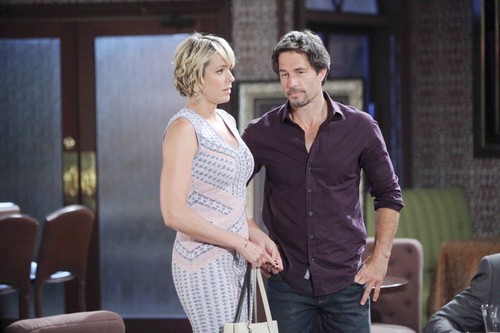 Other “Days of Our Lives” spoilers say Nicole (Arianna Zucker) and Daniel (Shawn Christian) will heat things up in the romance department. Dr. Dan is a top-notch surgeon, but he’s also the doctor of love when it comes to Nicole. These two should savor every moment. They don’t have many more left. “Days” spoilers indicate that Daniel will likely die around the beginning of 2016.

With all this talk of romance, it’s possible that a sexy encounter could lead to a baby for Daniel and Nicole. Imagine how Nicole would feel if she lost her fiancé and was left to raise his child on her own. Of course, maybe Eric (Greg Vaughan) could step up to ease Nicole’s pain. Eric undoubtedly has some lingering feelings for Nicole and he might have a shot if he supports her in her time of need.

Regardless of the circumstances, Nicole would be thrilled to become a mom. After two miscarriages in the past, perhaps Nicole will finally get her chance at motherhood. Still, DOOL rumors hint that heartbreaking drama lies ahead for Nicole. Stay tuned to “Days of Our Lives” to see if Nicole can overcome the upcoming tragedy.

So “Days” fans, what do think about the danger Steve will face? How will Bo and Steve get out of their jam? What about Daniel and Nicole’s day of passion? Will Nicole end up with a baby down the road? Let us know what you think in the comments below and don’t forget to check CDL often for the latest “Days of Our Lives” spoilers, rumors, updates and news.