Demi Lovato Fires Back At Tattoo Artist Who Claims Demi Was A Complete Drunk, Loaded Mess During Tattooing! 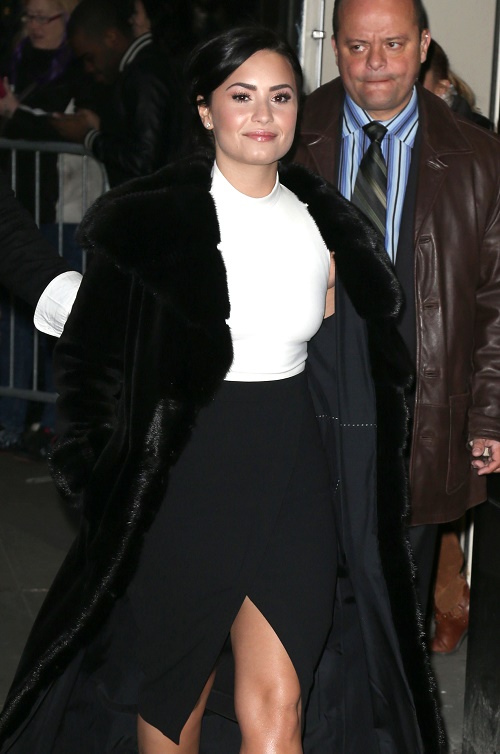 Superstar Demi Lovato is firing back at tattoo artist Ashley McMullen, who called Lovato out on Instagram for being a “drunk ass,” and not paying for a tattoo that McMullen worked on for the singer.

Early in April, Demi Lovato posted a photo of a new tattoo that she had gotten on her wrist, which was meant to cover up the previous tattoo that McMullen had done their a few years ago. Lovato wrote, “Thank you so much to my brother @geespotat2… it looks beautiful and I Love it. #RIPvaginatattoo #kidsdontdodrugs.”

Well, McMullen did not like Demi Lovato insulting her work and commented on the photo saying, in short, “Thanks for getting the tattoo covered up I did for free that you specifically ask for. Not to mention you didn’t even have the courtesy to offer me any money in the first place. You pissed all over our toilet seat and you made a fool of yourself. What a shame that people look up to you…”

Demi Lovato saw the comment after her fans brought it to her attention on Twitter, and she responded with a few emojis of a crying-laughing face, a toilet seat, and beer mugs, but she had no further comment.

After McMullen called Demi out one more time by saying, “It’s a really nice example to people your saying not to do drugs, but honestly you were acting like a full time slob. You never even gave me a shout out when I dealt with your drunk ass,” Lovato had no other choice but to respond.

Demi Lovato wrote an entirely too long explanation on Twitlonger, which she shared via Twitter. She then deleted the tweet from her page, but not before fans were able to screenshot it and save it for later.

The singer writes, “I wasn’t going to acknowledge your bitter Instagram comments but since your side of the story has picked up some headlines, I would like to share my thoughts and send you a proper apology…I’m really sort I don’t remember you or getting tattooed by you, but as you know I was f***ed up and sometimes people act like turds when they’re loaded…I apologize for making fun of your work, but if I were you, I wouldn’t claim that one because it looked more like an open vagina or even a butt hole as my 8 year old little sister called it at the time.”

The letter goes on to criticize McMullen’s work ethic and Lovato claims that McMullen should have never tattooed her in the first place. We’re sorry, but Demi Lovato was 18 years old and of legal age to get a tattoo. It is Demi’s fault that she was under the influence of drugs and alcohol, and to act like she did nothing wrong is immature.

What do you think of the situation? Is Demi Lovato right in calling out Ashley McMullen, or should she have at least given credit to the tattoo artist who worked for free? Let us know in the comments below.