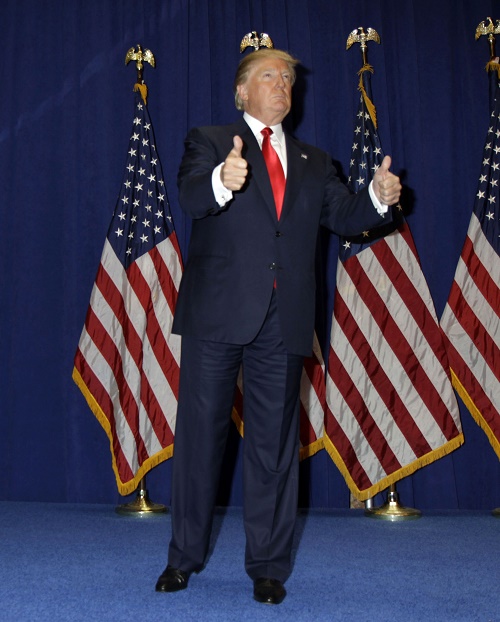 Donald Trump is in some hot water after his anti-immigrant and racist speech. Miss USA will be hit-or-miss this year. I’m going with the latter because I’m cynical about pageantry. We all want world peace and all that jazz, but it’s not going to happen soon, at least not until the Kardashians admit to their extraterrestrial origins. Owned by Donald Trump, the gaudy Miss USA pageant is suffering under the weight of Trump’s controversial tirades against Latin American immigrants. So much so that Colombian singer J Balvin, who was supposed to perform at this year’s pageant, withdrew from the show with immediate effect.

Trump’s statements, which we won’t repeat since we’re not a political news outlet, caused havoc amongst persons of Latin American origin. The horridly hot Balvin (Google Images, how I love thee) says he “feels comfortable and responsible” with his decision. “[Miss USA] was going to be my first performance on national [mainstream] television. This isn’t about being punitive, but about showing leadership through social responsibility. His comments weren’t just about Mexicans, but about all Latins in general,” the musician told Billboard. “I think music is to have fun. It’s for people to have a good time with.”

However, Miss USA and its horrendous counterparts will without a doubt survive this controversy. A national/international pageant is like Teresa Giudice’s face: firm, formidable, and peachy. The same cannot be said for Trump’s career as an angry, albeit bogus, boss on The Apprentice. Oh, wait, NBC doesn’t care about politics.

In the immediate aftermath of Trump’s now-infamous immigration speech, people looked to NBC for absolution and/or retaliation. According to the official press release, “We will re-evaluate Trump’s role as host of ‘Celebrity Apprentice’ should it become necessary, as we are committed to this franchise.”

What do you think? Should Miss USA suffer the consequences of Donald Trump’s actions? Let us know your thoughts in the comments below.