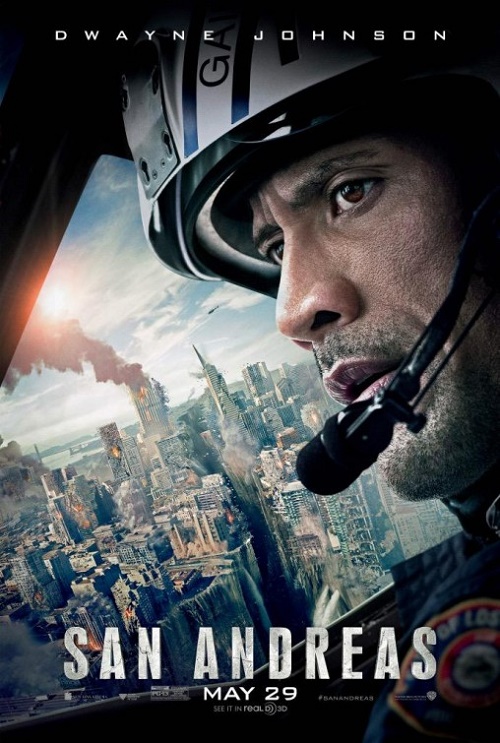 Back in the day, audiences screamed in terror as they watched Janet Leigh being stabbed to death in Alfred Hitchcock’s seminal Psycho. Prior to Psycho, H.G. Wells’ infamous “War of The Worlds” broadcast had people in hysterical stitches – they firmly believed that an alien invasion was imminent. Mass hysteria, often referred to as ‘mass psychogenic illness’, is usually preceded by either a cataclysmic event or a clever cinematic marketing campaign. The latter occurred after the release of San Andreas, an epic disaster movie starring Dwayne Johnson and Harry Horror Earthquake.

Moviegoers were so terrified of the “imminent earthquake” that they lost their bladders in sticky, popcorn-infused aisles at cinemas across the country. According to TMZ, a website called “EarthquakeStore.com” experienced “a 300% spike in disaster kit sales” since the film’s late-May release. TMZ writes. “Among the bestsellers [on the website is a] Quake Alarm – a $34.95 glorified fire detector that picks up a quake’s sound wave before the main shock, [a] Deluxe Emergency Preparedness Kit {…} which includes sleeping bags, emergency food bars, orange safety vests, a folding hand saw, candles, fire starter sticks, water purification kit …and everything else you’d pack for a weekend camping trip.”

At least some people will be prepared for the “Big One” which, according to scientists, “Will occur in or near a major city in northern or southern California. Two likely candidates are San Francisco and Los Angeles.” Hollywood took the scientific theory and turned it into a CGI scream-flick with waves and boats and destruction.

Will life imitate art? If I were you, I’d run out and buy a huge tub of Rocky Road ice cream, because there’s nothing like watching the world end with a mouthful of calories stuffed down your throat. Have you watched the film? What did you think? Let us know your thoughts in the comments below.