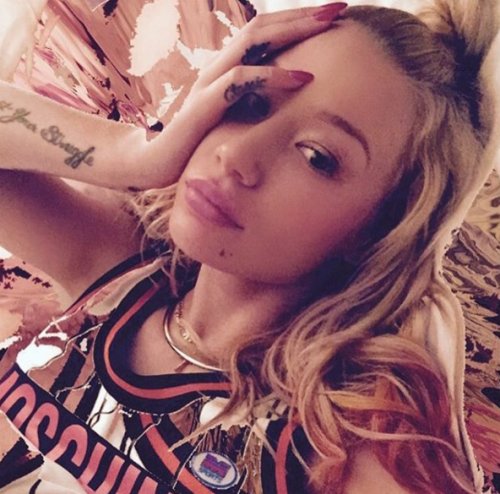 Erykah Badu used her platform as host of the 2015 Soul Train Awards to take a few swipes at Iggy Azalea because Badu thinks what the Australian entertainer does is not rap.

The problem is, Badu would have been a lot funnier during the awards show monologue if she hadn’t been so late to the party. It seems that a lot of people are taking shots at Iggy lately and really for no good reason.

Azalea put out “The New Classic” in 2014 and instantly became a household name. While Iggy was being overplayed on the radio, many critics talked about the “Fancy” rapper’s actual abilities.

It’s pretty undeniable that most Iggy Azalea songs have a really catchy beat but when it comes to lyrics and delivery, Azalea could take a few tips from her mentor T.I.

After Iggy won her first award at the American Music Awards last year for Best Hip Hop Album, other artists started scratching their heads. In her acceptance speech Iggy said, “It means so much that I can stand here against Eminem and Drake and come out with this. It’s amazing.”

Actually it was more than amazing, it was shocking. The fact that Azalea beat out Eminem and Drake, two of the most powerful entertainers in hip-hop, and took home a trophy from the American Music Awards was just downright shocking.

The issue for Erykah Badu is that Iggy doesn’t rap in a traditional sense and pretty much every other rapper has been taking sides as to whether they hated the Australian rapper or if they were cool with letting her do her thing.

Some of the most prominent critics of Iggy Azalea have been Nicki Minaj, Azealia Banks, and Wendy Williams. There was so much pressure on T.I. to cut ties with his prodigy that the Atlanta rapper backed off from his former friend.

T.I. stopped being as supportive of Iggy Azalea when the rest of the hip-hop community started to push Iggy out and label her a pop star instead of a rapper.

And now, literally a whole year later, Erykah Badu landed a gig hosting the Soul Train Awards and decided to go after Iggy Azalea in her opening monologue.

Sure she got a few laughs but seriously Erykah is capable of being so much more entertaining. Going after Iggy for not being very good at rapping or for not being a rapper at all was amateur and it is old news.

Iggy has a new album coming out next year, though, so maybe she’ll respond to the awards show slam in her song lyrics. What do you think? Was Erykah Badu spot on with her remarks or late to the party?