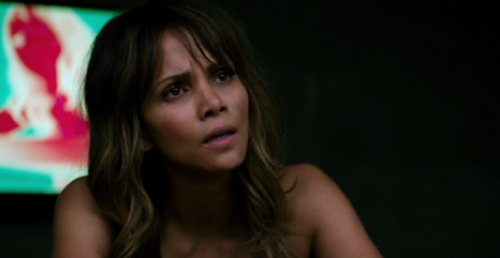 Tonight on CBS Steven Spielberg’s Extant starring Halle Berry returns with an all new Wednesday July 15, Season 2 episode 3 called, “Empathy for the Devil.” We’ve got your recap down below! On tonight’s episode Molly [Halle Berry] learns the truth about what happened to her son. Meanwhile, Julie’s [Grace Gummer] decision to erase Ethan’s [Pierce Gagnon] memory results in disturbing consequences.

On the last episode Molly and JD discovered another pregnant woman suffering from inexplicable and fatal symptoms, while Molly began to question her own mental stability. Meanwhile, Julie struggled with Ethan’s rebellion. David Morrissey recurred as General Tobias Shepherd, the respected head of the Global Security Commission. Kiersey Clemons recurred as Lucy, Ethan’s Humanich, who, liked him, was an entirely lifelike robot. Did you watch the last episode? If you missed it we have a full and detailed recap, right here for you.

On tonight’s episode per the CBS synopsis “Molly finally learns the frightening truth about what happened to her son. Also, Julie’s decision to erase Ethan’s memory has disturbing consequences.”

Molly’s other son officially has a name. It’s Ahdu and ever since Ahdu grew into adulthood he’s been immersing himself into human culture.

In the beginning, he was fine with manipulating people into giving a free apartment or their money. But once he started to watch TV then that’s when it all changed. Television introduced him to the outside world and it showed him many things including companionship and interaction.

So Ahdu went back out into the world with a purpose. He knew he wanted all those things he had seen but never experienced for himself. And that’s when the women came in.

Ahdu would meet and charm them. And then he would intentionally impregnate them in hopes of creating a new culture on Earth.

This plan of his worked for a while but eventually people began to notice all the strange pregnancies that led to their mother’s deaths. So that’s how Ahdu came back onto the government’s radar. But his mother found him simply by going to a bar one night.

Molly was looking to get lost and a young attractive man appeared to be just the person to help her. However JD found and was going to stop from going with this stranger when Ahdu decided to use some of his powers on the unsuspecting detective. Hence Molly finally saw for herself that her son wasn’t dead.

And she was in the middle of talking him down from hurting JD when the drone strike hit the alley they were in.

Molly and JD were later taken into custody and asked about the interaction with Ahdu but JD just couldn’t put into words what happened to him in that alley. So Molly’s General friend chose to show his face in order to convince her to operate. And Toby ended up having a lot more questions than answers.

He said it wasn’t him that had Molly locked up at the facility though he does admit he’s known about Ahdu being alive for some time now. Apparently when they all thought he had died, it was actual transitioning. Meaning he was literally shedding his child like exoskeleton in order to become a teenager in seconds.

All of which was captured on security cameras when Ahdu broke out of his body bag and killed the coroners.

So Molly’s son is beyond a doubt dangerous. And for some time, Molly seemed to agree with the general when he said Ahdu needed to be taken out. However when he asked her to do the job of killing her son – he believed her when she said she could.

Molly is the only one that has ever gotten close without getting injured. Hence she was considered to be the best option in removing an eminent threat. And was in fact the worst person to go up against him.

Molly returned to her house and was waiting for her son to arrive when she instead received a visit from JD. It seems he’s lost his license after getting banged up by the G-Men and so naturally he was concerned for Molly. Figuring she was probably much worse off.

But she wasn’t. Thus Molly had a lot of explaining to do and she had to do it fast. She told JD everything she possibly could and then she forced him to deal with the implications on his own while she waited for her son.

Yet JD didn’t really have time to process everything that was happening. He went from hearing Molly detail an alien invasion to going home and finding his daughter on his front steps. The same daughter, by the way, that’s now pregnant after a mysterious one-night-stand.

So Molly is not going to be getting rid of JD anytime soon and once she did work up the courage to target her own son –pulled the trigger – Ahdu had tricked her. He made her shoot at the General. And now the one person that believed Molly was the answer to this whole thing is dead.

As for that other son, the one that Molly appears to have forgotten, Ethan had his memories wiped by Julie. Hence he now believes she’s his mother and Julie is not the type of person to properly raise anyone.

Julie finally finished working on the perfect killing machine for the army but Lucy seemed to be more interested in Charlie than she was in her job. So do you know what Julie did? She decided to “steal” Charlie away from Lucy merely out of spite.