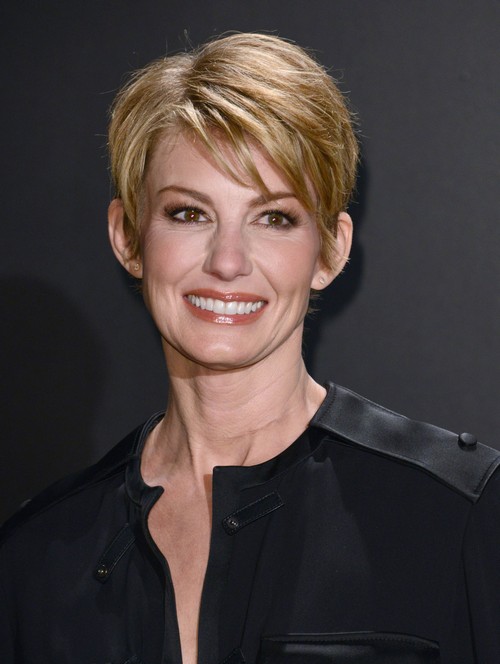 The March 30th edition of National Enquirer reveals, “Country superstar Faith Hill is terrified of complications following a risky procedure to alleviate pain in the neck area of her spine. The 47 year old reportedly underwent the procedure known as an anterior cervical discectomy and fusion, which is generally performed to alleviate the pain associated with a herniated disc. It was done by operating through her throat area, in a risky move that could see her lose her ability to sing.”

The severity of Faith Hill’s surgery became apparent when the country music singer skipped the Grammy Awards on February 8th – despite the fact that she was nominated in two different categories. According to National Enquirer’s inside sources, the singer will be unable to sing for a minimum of two months, and then when she does return it is unknown whether or not her voice will return to its former glory because hoarseness is a common side-effect of the surgery.

Although Faith’s fans are panicking at the thought of her not returning to singing, Faith and her husband Tim are most likely more concerned about whether or not Faith recovers without suffering from neurological damage or paralysis – which are also possible side-effects of the dangerous procedure. Have you followed Faith Hill’s singing career over the years? Do you think she will make a full recovery and her voice will return to its former glory? Let us know what you think in the comments below!