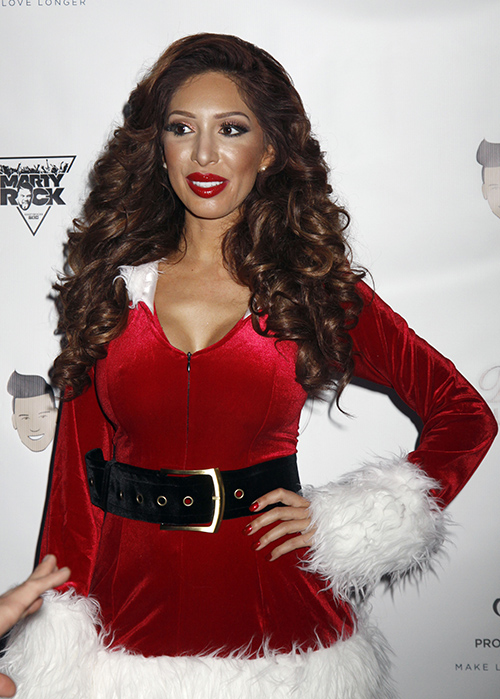 A trailer for the next season of ‘Teen Mom OG’ shows Abraham screaming at one of the show’s producers before physically attacking him. Larry Musnik has been named as the victim of Farrah’s crazed assault. In the clip, Farrah Abraham starts by slamming the show and the team saying, “I don’t need to be a part of a trashy a** show anymore because I make millions of dollars doing other s***! What a dumb, twisted mother f***er!” The preview for the upcoming season of ‘Teen Mom OG’ ends there, but the behind the scenes drama didn’t.

According to the reports, Teen Mom OG’s Farrah Abraham’s violent physical assault began with Farrah’s plan to do another reality show with a competing network. Larry informed Abraham her MTV contract forbid her from working on reality shows with other networks, and Farrah “went ballistic.” Does this mean Farrah Abraham has been fired from MTV’s Teen Mom OG? Possibly!

The source further detailed that her Teen Mom costars want her gone and have disliked her for a long time. “They are sick and tired of her diva behavior,” the source revealed. “She always has to have her own dressing room, and to be announced separately when she enters a room. And then she attacks a member of their beloved crew. The girls have had enough.”

What do you think of Farrah Abraham violently assaulting a ‘Teen Mom’ producer? Will she be fired from the MTV Show? Let us know your opinions below and don’t forget to check back for more updates and news on the MTV’s Teen Mom drama.