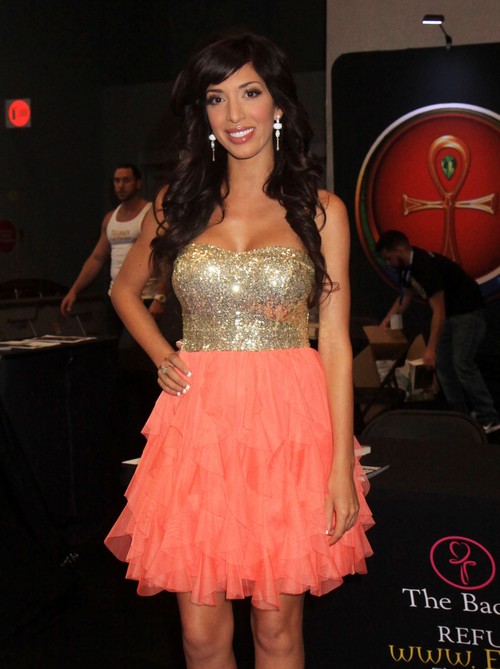 MTV’s exploitative and defunct Teen Mom series made our Morality Meters pop with pleasure. A gaggle of baby mommas spilled out of Pandora’s Pregnant Box and gave birth to a reality television nightmare. Teen Mom 1, 2 and 3 were each a spin-off from MTV’s original hit series, 16 and Pregnant. The first Teen Mom featured the infamous Farrah Abraham, “an American television personality, author, musician, pornographic actress, and stripper.” Abraham is Teen Mom’s biggest success story.

MTV decided to bring back the gaggle of baby mommas for a special reunion season. The returning cast members include Amber Portwood, Catelynn Lowell and Maci Bookout. MTV fired Abraham from the reunion show due to unspecified reasons. Hell hath no fury on an ex-teen mom scorned. Abraham told Life & Style magazine, “I don’t think it will be as great without me. I personally won’t be watching. Some of the moms on the show still need [money]. Fortunately for me, I have other ways of making money. I can’t keep doing the same things year after year.”

Yes, Abraham has “other ways of making money”. They call it “sex” on a video, and no, it isn’t a novel cocktail. In the words of Donald Trump, “You’re fired!”

What do you think? Should MTV bring her back? Let us know your thoughts in the comments below.