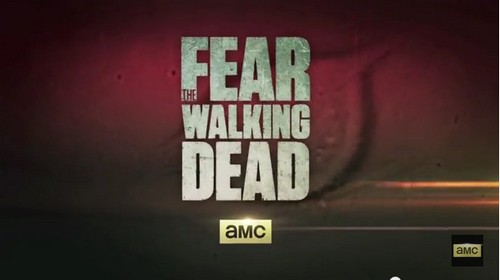 The Walking Dead has wrapped up its fifth season, but now we have the spinoff to look forward to as well as TWD Season 6. The aptly titled ‘Fear The Walking Dead’ premieres in the summer of 2015, but the first promo video trailer for the show has gone online. The footage is very brief, but it does a solid job of acting as a teaser trailer, i.e. giving us a brief glimpse into the world of the spinoff.

For one thing, we’re clearly able to discern that this show will definitely focus on how the virus spreads, something that the Walking Dead completely skipped over. Thanks to Rick’s [Andrew Lincoln] coma, we didn’t witness the way society completely devolved as the virus spread. We saw Rick wake up, and at that point, the zombies had already taken over and there was no semblance of a working government left anywhere.

Now, it’s not clear whether this entire show will focus on the spread of the virus, but it’s obvious that we’re going to get some answers. Plus, the setting is in Los Angeles, which is much more cosmopolitan than the backwaters of Georgia. Of course, it will also make it easier to show the country having a collective panic attack in the aftermath of such a zombie virus, but it will also be interesting to see the slow spread of said virus. What happened in those few weeks between when Rick was shot to when Rick woke up?

The cast for ‘Fear The Walking Dead’ has several TV veterans, but none of them are major stars, which will work in the show’s favor. It will be easier to buy them as these characters, which is also what made the Walking Dead so initially compelling.

What do you guys think about the trailer for ‘Fear The Walking Dead’? Will you be tuning in to watch the show? Let us know your thoughts in the comments below.