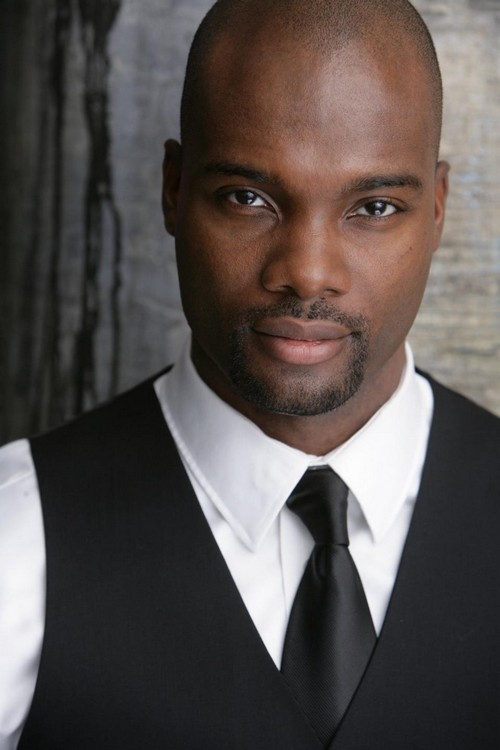 Have we got juicy “General Hospital” spoilers for you – this is a casting spoiler. General Hospital has signed a sexy African American hunk to be a recurring character and love interest. Now there’s no official word yet, but we have a likely candidate for your consideration, Hiram A. Murray. But more importantly than who this hottie is – what will he be doing in Port Charles and who will he be getting busy with?

There are a couple of theories on which roles this guy could fulfill. First is the notion that it might be an older actor so he could play Valerie Spencer’s (Brytni Sarpi) father. That would put him at a good age to romance anyone from Commissioner Jordan Ashford (Vinessa Antoine) to Olivia Falconeri (Lisa LoCicero) or anyone in the 30ish to 45ish range.

Wouldn’t it be a big fat mess if Olivia started dating Valerie’s father? This would further complicate the matter of Valerie being pregnant with Dante Falconeri’s (Dominic Zamprogna) baby. That would make them dating grandparents. So that’s one theory. The new guy could be totally unrelated to Valerie, though, but it would be nice to see her with some non-Spencer family in town.

Another rumor is that the new guy could be the new DA in town now that Scotty Baldwin (Kin Shriner) is out and Ric Lansing (Rick Hearst) will soon be ousted from the position. Port Charles needs a tough new DA. There’s also a new mob faction coming to Port Charles and the new guy could head that up and be the new rival for Sonny Corinthos (Maurice Benard) possibly working closely with the Jeromes.

Here’s one of the candidates for the role – and it’s someone we’ve seen before. The hottie we’ve seen before is Hiram A. Murray, a former Marine and police officer before he became an actor. He played a US Marshal that accompanied the social worker and came with Michael Quartermaine (Chad Duell) to take baby Avery from Sonny. He’s a very nice looking man and they could have been testing him for a part.

The reason we have Hiram Murray on the list of candidates is that he’s listed on IMDB for the September 25 episode of the show. Now he could be back on there just to play the US Marshal again, or they could be bringing him in as a series regular. But no matter who fills the role, it will be a great addition to the cast. Since Shawn Butler (Sean Blakemore) was cut, there’s few minorities on the cast.

As of now, we’ve got Brytni Sarpi, Vinessa Antoine, Tequan Richmond and Marc Samuel with an occasional appearance by Sonya Eddy representing African Americans. Then there are a couple of Latinas – Linda Elena Tovar and Teresa Castillo plus one Asian – Parry Shen. The only leading male black actor on the show is gay, so he’s not available as a love interest for any of the female characters.

Remember Bradley Ward (Aaron Seville), Edward Quartermaine’s love child? Now that was a nice looking man, but Sean Blakemore was no slouch either. Here’s hoping this new character is just as sexy as these two and will be around for a while. And it would also be nice to see Jordan branch out and not date the only other heterosexual minority actor on the show. Diversity people!