General Hospital Spoilers: Did Sonny Murder AJ Quartermaine or Did Ava or Fluke Actually Finish The Job In Hospital? 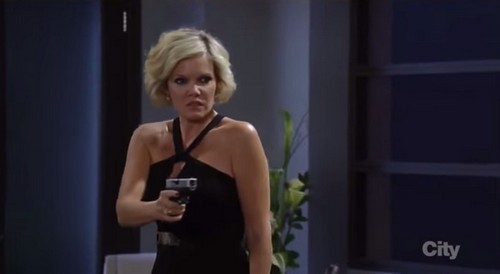 “General Hospital” spoilers tease that Michael Corinthos is determined to make Sonny Corinthos pay for AJ Quartermaine’s death, since the governor decided he no longer had to do the time in prison and pardoned him. Michael has decided that the best way to make Sonny pay for taking his father away is to take Sonny’s daughter, Avery, away from him – and he is preparing to sue Sonny for custody.

“General Hospital” fans have watched the tension between Michael (Chad Duell) and Sonny unravel their relationship over the last few months, and despite the fact that Sonny risked his own life to save Michael’s and everyone else’s lives on the Haunted Star, Michael refuses to let bygones be bygones. At this stage in the game the only way to save Michael and Sonny’s (Maurice Benard) relationship would be if it was revealed that Sonny actually didn’t kill AJ Quartermaine (Sean Kanan). We all know that Sonny shot AJ, but there have been a lot of theories since AJ’s death that the gun shots weren’t fatal – and someone snuck in to AJ’s hospital room and finished him off.

“General Hospital” spoilers have teased for a while that there may be more to AJ Quartermaine’s death than meets the eye, in 2014 AJ visited his mother Monica in a dream sequence and informed her that his death was “long and complicated,” which further fueled the ABC soap’s rumors that someone else actually finished off AJ Quartermaine in the hospital. Ava Jerome was suspect number one: she had the most to gain by killing off AJ, like keeping the fact that she killed Connie a secret. Ava’s motivation in keeping that fact that she murdered Connie from Sonny meant literally life or death and she would have been willing to kill again to protect herself. 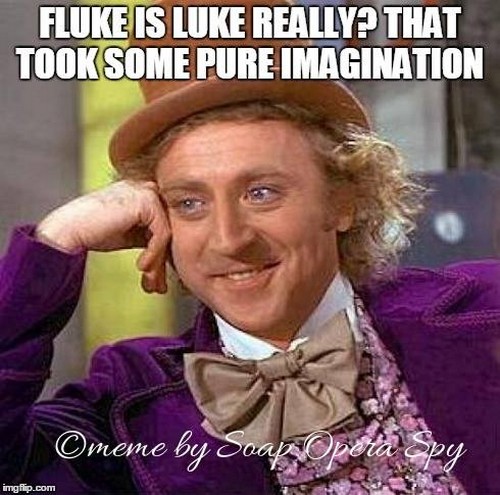 But, recently, it was revealed on “General Hospital” that Luke Spencer has Dissociative Identity Disorder – and has had it for quite a while. So there is a good chance the writers could reveal that Luke killed AJ Quartermaine while he was gallivanting around Port Charles as Crazy Fluke (Anthony Geary) suffering from his D.I.D. which the writers invented to try to explain the Fluke/Luke dichotomy.

What do you think, GH fans? Did Sonny really kill AJ Quartermaine? Or will it be revealed that Ava Jerome (Maura West) or Luke Spencer finished Michael’s dad off in the hospital? Do you blame Michael for not forgiving Sonny, would you be able to? Let us know what you think in the comments below and don’t forget to check CDL tomorrow for more “General Hospital” spoilers and news.