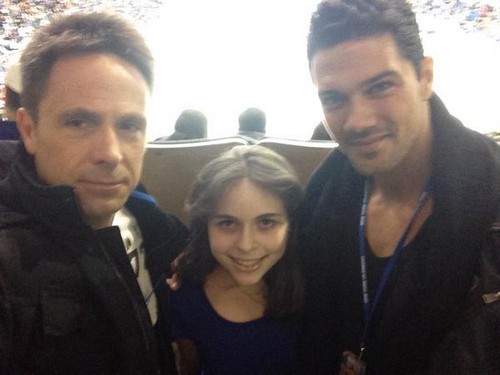 “General Hospital” spoilers for the ABC soap for Tuesday, February 17. Well GH fans, it was an exciting Monday in Port Charles and Tuesday looks to be an even more thrilling. Sure enough, Sonny Corinthos (Maurice Benard) did get slapped with some mystery legal papers. And no, Kiki Jerome (Kristen Alderson) did not instigate the lawsuit against Sonny. In fact, it was Michael Quartermaine (Chad Duell) who is suing Sonny for custody of little Avery.

Oh snap. The bitter irony of it all. Sonny took Michael from AJ Quartermaine because he thought AJ was a bad dude. Now Michael wants to take Avery from Sonny because he thinks Sonny is a bad dude. That’s a big slice of karma served ice cold at the Corinthos household. From a legal standpoint, it may seem that Michael has little standing since he is not technically related to Avery by blood or marriage. But, since Sonny adopted Michael, that makes him Avery’s big brother in the eyes of the law and could be enough to sway a court. 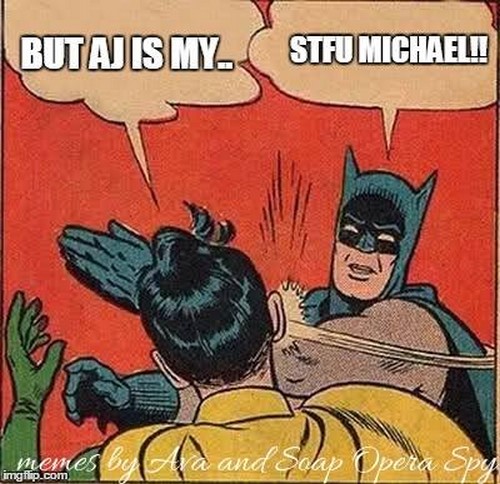 Kiki and Franco (Roger Howarth) had a strange scene on Monday where he seemed very disoriented then called her his child and said he’s never seeing her again. Kristen has said that Monday was her last appearance on the show and the writers scripted this scene as an homage to Kristen and Roger’s father-daughter relationship when they worked together on One Life to Live. The writers passed it off as Franco’s LSD ramblings to justify the scene.

See the clip above from OLTL when Kristen was just a little thing and Roger was just a young guy too. That was their emotional goodbye from OLTL and now they have another on GH. Franco said, “You’ve been a gift to me. I won’t forget you.” but it was more like Roger the actor was speaking to his friend Kristen about their entire soap journey together including their OLTL/GH crossover characters as Todd and Starr Manning. It was a sweet goodbye as Kristen passed the Kiki torch to Hayley Erin.

In unexpected pregnancy news, Olivia Falconeri (Lisa LoCicero) did reveal to Ned Ashton (Wally Kurth) that she’s knocked up with Julian’s baby on the heels of him saying Alexis Davis (Nancy Lee Grahn) ditched him for the mobster. The question is, will Ned shield Olivia from Julian by claiming the baby is his own? This would also allow him to get a little revenge on Alexis since this would imply that he was shagging Olivia while he was still with his lawyer babe. Hmm… That’s the intrigue I’m hoping for.

Damien Spinelli (Bradford Anderson) also played the love card with Maxie Jones (Kristen Storms) just before Nathan West (Ryan Paevey) walked through the door. Sure Nathan is a hottie with a body, but Spinelli is her baby daddy. What’s a naughty girl like Maxie to do? All signs indicate that Spinelli is back for good, so this may be the start of a prolonged, agonizing and juicy love triangle. My hope is that Maxie will give Spinelli a shot and Nathan will then move on to greener pastures.

Now that he’s declared his love, Spinelli will meet with Tracy Quartermaine (Jane Elliott) to get his marching orders to dig into Luke Spencer’s (Anthony Geary) shady past. That should keep our favorite investigator busy for a while. And speaking of shady pasts, Jake Doe (Billy Miller) is about to be reunited with his. Nikolas confirms that he knows that Jake is Jason Morgan, but who will he tell? And how long will it be before that chip in his brain either kills Jake or sends him off the deep end?

Check back with CDL every day for more “General Hospital” spoilers, news and all the inside info on what’s going on in Port Charles! Peace and love to @KristenAlderson #