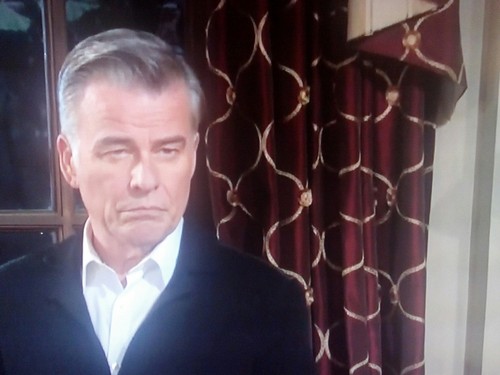 “General Hospital” spoilers and news tease that Ian Buchanan is exiting the soap after his long time stint as Duke Lavery. Soap guru and TV Guide writer Michael Logan shared the shocking GH casting spoiler on Twitter and on Friday, March 27 he tweeted, “SO WRONG. I am hearing that Ian Buchanan is out at GH in dire plot twist, ABC PR says ‘no comment.’ Fantastic actor. Legacy character. Poor decision.” Since Logan’s announcement on Twitter, GH fans have gone into a frenzy on soap message boards and social media over Duke Lavery’s exit.

“General Hospital” has been home for soap actor Ian Buchanan for nearly seven years off and on – and he actually introduced the character of Duke Lavery back in 1986. Over the years, Buchanan’s leading lady has always been Anna Devane, and GH fans are all too familiar with what seemed like a never-ending love triangle between Duke, Anna, and Robert Scorpio. Duke has also had central roles in the ongoing mob wars in Port Charles, and has been Sonny Corinthos’s number two for quite a while, Duke has had some serious beefs with the Jerome family, and was even impersonated by Cesar Faison at one point. So to say that Duke Lavery is an important character on the ABC soap would be a great understatement.

When “General Hospital” spoilers broke that Ian Buchanan was leaving the ABC soap, GH fans began scratching their heads trying to determine what “dire plot twist” would mean killing off Duke Lavery? Considering his role in the Corinthos Organization, it would almost be too simple for him to be killed during a gun battle. Some GH fans think that Duke may take the blame for Sonny and confess to a crime that he committed and go away to prison so that Sonny can remain a free man, or perhaps someone will set Duke up and frame him for a crime he didn’t commit. With the Port Charles mobsters, the possibilities really are endless.