General Hospital Spoilers: Luke’s DID Explained By Sister Patricia – Beaten or Molested As A Child? 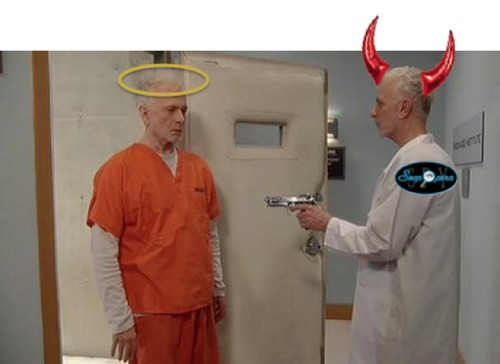 “General Hospital” spoilers tease that during the week of March 2 the ABC soap will finally shed some light on Luke Spencer’s mysterious family history – and the reasons leading up to his recent mental breakdown and why he masqueraded around Port Charles as Fluke (Anthony Geary) and wreaked havoc on the lives of people he supposedly loved. GH fans speculated for months that Fluke was a Luke Spencer impostor and an old enemy of Luke’s, but after a year of the guessing game it was revealed in 2015 that Fluke was all a figment of Luke’s imagination and he was suffering from DID (Dissociate Identity Disorder).

According to “General Hospital” spoilers and coming and going news the ABC soap has cast three children to play the parts of Bobbie Spencer, Luke Spencer, and Patricia Spencer (a character that has never appeared on the show before, only has been mentioned in passing) to appear in flashbacks to Luke Spencer’s childhood. GH spoilers also tease that they are casting the role of Patricia Spencer all grown up, and she will be returning to Port Charles with a chip on her shoulder.

With GH spoilers confirming some dark flashbacks to Luke Spencer’s childhood and the return of his mystery sister Patricia – rumors are running rampant on the internet about what could have happened to Luke and his sisters when they were growing up. A popular theory among GH fans is that Luke Spencer and his sisters were physically and/or sexually abused by his father, and Luke finally snapped because of his traumatic childhood and developed Dissociative Identity Disorder. Other fans think that Patricia Spencer may have abused her brother Luke, but there is still some disagreements on whether Patricia is technically older or younger than Luke, and whether or not the age difference will be re-written when the character returns.

So GH fans, are you as excited as we are to finally learn what happened to Luke Spencer to scar him for life? It must have been something pretty horrible to turn him in to Fluke, right? Do you think it is something as simple as Luke’s father abusing him and his sisters, or something much more dark and twisted? Let us know what you think in the comments below and don’t forget to check CDL tomorrow for more “General Hospital” spoilers and news.