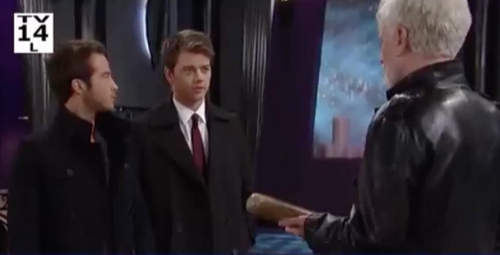 “General Hospital” spoilers tease that the episode of the ABC soap airing on Friday, January 23 will be an exciting one, packed full of non-stop drama. “General Hospital” casting news recently confirmed that Donna Mills is returning to the ABC soap again as Madeline West, and according to GH spoilers, her scenes will air tomorrow as she crosses paths with Ava Jerome in Pentonville. Ava has a few choice words for her old partner-in-crime, and in the “General Hospital” spoiler video Ava accuses Madeline of being the reason that her baby was kidnapped by Nina Clay. Meanwhile, Kiki Jerome and Morgan Corinthos head out to lunch with Ava’s baby and discuss the kiss that they shared and their relationship.

“General Hospital” spoilers have been teasing for weeks now that Lucas and Michael are in grave danger, and Fluke has threatened Sonny Corinthos and Julian Jerome’s sons’ lives. If Fluke is going to try to kill Lucas and Michael, January 23 will be an opportune time. The “General Hospital” spoiler video for Friday’s episode of the ABC soap shows Lucas and Michael meeting with Fluke – and his baseball bat. Meanwhile, Shawn’s mission to dig up Bill Eckert’s grave and expose Fluke hits a snag when he realizes Jordan has followed him to the cemetery and in the GH spoiler video he demands to know what she is doing there. 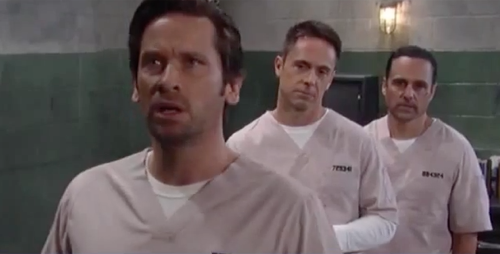 In other “General Hospital” news, the sneak peek of the January 23 episode reveals that GH fans can expect to see some drama in Pentonville as Sonny Corinthos and Julian Jerome along with Franco get into a a serious beef, presumably with Fluke’s henchmen.

So, GH fans, coming and going news have already confirmed that Kristen Alderson is leaving the ABC soap for good – do you think that Morgan and her baby sister will leave with her? Will Fluke hurt Michael and Lucas? Will Jordan finally come clean to Shawn and reveal that she is an undercover agent? Let us know what you think in the comments below and don’t forget to check CDL tomorrow for more “General Hospital” spoilers.