General Hospital Spoilers: Hayley Erin of The Young and the Restless Hired As Kiki Jerome on GH, Replaces Kristen Alderson! 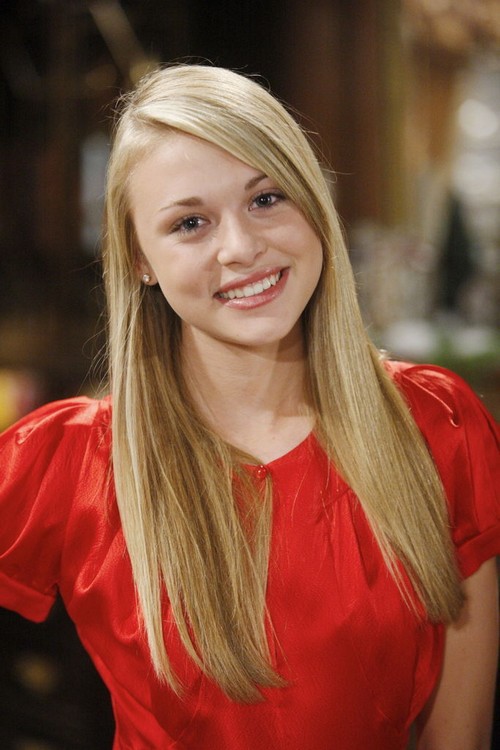 General Hospital spoilers and news is happy to announce that Hayley Erin who formerly played Abby on The Young and the Restless has been hired to play Kiki Jerome after Kristen Alderson quit. CDL broke the news that Kristen Alderson had ditched her General Hospital role as Kiki Jerome and might possibly move over to The Bold and the Beautiful to take over as Hope Logan and replace Kim Matula. Since then Kristen has gone public and said she is done with soap acting, this remains to be seen. Now in this sexy game of soap opera musical chairs, Hayley Erin, formerly Abby of The Young and the Restless, will take on the role of Kiki Jerome. The role of Kiki had actually been created for Alderson after she had played Starr on One Life to Live and there was a legal conflict over converting that character to a GH character.

Kiki has been a controversial and interesting character since her creation. She was initially thought to be the daughter of Franco and Ava Jerome but her lying mother was caught out on that one and it turns out she’s Dr. Silas Clay’s daughter. She was falling for Michael Corinthos (who’s actually a Quartermaine) but thought they were cousins when she was still under the impression she was Franco’s and so denied her feelings for him.

Morgan Corinthos, Michael’s half-brother, was in love with Kiki and she tried to love him and ignore her feelings for Michael because of the cousin thing but when Morgan found out the cousin thing wasn’t true, he hid her phone and whisked her to the courthouse for a quickie wedding before anyone could tell her. Kiki was pretty mad but stuck with the marriage for a few weeks before finally succumbing to her feelings for Michael. Morgan then turned to her mother – the every icky Ava.

Morgan and Ava ended up together while Kiki ended up with Michael. But then Ava slept with both Morgan and Sonny and ended up preggers. The paternity of baby Avery was in question (turned out it was Sonny’s) and with both Sonny and Ava in the slammer, Kiki is now raising her sister Avery and (for reasons that can only be explained by something in the water in Port Charles) is now rekindling her romance with Morgan. He is a good looking guy – I’ll give her that.

Apart from Y&R Hayley Erin has also been on a handful of Disney shows, had a recurring role on Melissa & Joey and small recurring parts on MADtv (funny girl). I’m excited to see how she does as Kiki Jerome on General Hospital. I personally was never a fan of the current Kiki, Kristen Alderson, so I’m interested to see if this one grows on me. They look nothing alike, so maybe I’ll be able to distance myself from old Kiki and embrace her. On the upside, this one looks much more like Ava while old Kiki looked much more more like Silas. Welcome Hayley! Adios Kristen! Come to CDL often for more General Hospital spoilers and news!