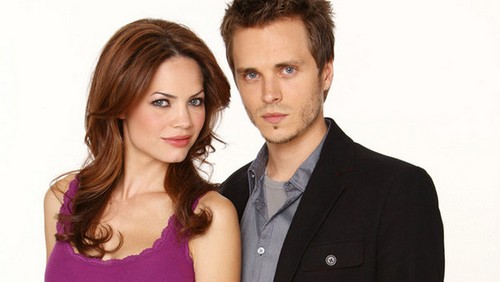 It’s a plot twist too crazy to be true, but “General Hospital” spoilers reveal that Jake Spencer is alive and well. Lucky Spencer (Jonathan Jackson) is Jake’s legal father, but Jake is really the son of Jason Morgan (Billy Miller), coincidentally also going by the name of Jake since his most recent bout of brain trauma and amnesia.

But how, you ask, can that poor little four year old be alive? Jake was run over by a car! Run over! BY A CAR! And then his kidneys were donated to cousin Josslyn Jacks (Hannah Nordberg) to help her get past her cancer. How did Jake survive being run over by a car? Where did the kidneys come from and where has he been these four years?

As involves so many dubious things in Port Charles, the likely answer is that a Cassadine is to blame. Now granted, Lucky was playing along with a kidnapping courtesy of Frank Smith to save little Jake’s life, but that doesn’t mean Frank was the ultimate mastermind. More likely, Frank was acting as part of a grander scheme by Helena Cassadine (Constance Towers).

That crazy broad has it in bad for the Spencers – all of them – and has repeatedly kidnapped both Lucky and little sis Lulu Spencer (Emme Rylan). So scooping up Lucky’s son would be a coup for the wicked Helena. Now since Jason, the biological dad and Liz Webber (Rebecca Herbst), Jake’s mom, watched their son in a coma, it’s likely that Jake was actually struck by the car and that part is true.

There’s really no way Helena (or another random villain) had a spare Jake look-a-like to toss under the tires of Luke Spencer’s (Anthony Geary) car. Instead, Helena took advantage of a horrible tragedy and stole little Jake right out from under his parents. It would be an easy matter for Helena to bribe someone at the hospital to rig the records to make it appear that Jake was brain dead when he was fine.

Then after they “unplugged” him, Helena could just have given Jake a sleepy drug to make him look dead then hustled him out of the hospital. That’s part one, but then part two – where did the kidneys come from to save Josslyn? Well… we’re dealing with Cassadines here. Thing is, Alexis Davis (Nancy Lee Grahn) was already looking on the black market for some pilfered kidneys to save Josslyn.

So it’s no stretch that Helena could procure some kidneys of the appropriate blood type, bribe the transplant team to say the kidneys came from Jake and donate them to Josslyn. It’s convoluted to be sure, but the showrunners at GH like to keep fans on their toes. The bottom line is, although it’s contrived and ridiculous, it is (sigh) feasible. If we wanted real life, we wouldn’t be watching GH…

Helena may have been raising little Jake as her private pet on the Cassadine island in Greece. Heck, Nikolas Cassadine (Tyler Christopher) may even know about Jake and that’s part of the stressful secrets he’s been keeping. If Liz finds out Nik has been hiding her son from her for the past four years, she will go nuclear on him. Either way, it will be shocking if the villain is anyone but a Cassadine.

It’s almost as if GH writers are trying to reverse the fan outrage from four years ago. After little Jake was taken off life support, fans were appalled. They lit up ABC’s General Hospital message board with vitriol cursing the show’s producers, telling them they hated them and this plot line and vowing never to watch the show again.

Perhaps this is a ploy to try and reverse GH’s flagging ratings by returning something to fans they had taken away years ago. If it is a rating’s grab, it’s a compelling one. This will shake up the Jake as Jason storyline and that may be the intent. After all, most of us fairly anticipated that when Jake found out he was really Jason Morgan, he would go back to Sam Morgan (Kelly Monaco) since they have Danny.

But if he has Jake with Liz, would Jake choose Liz over Sam? Or will he stay at Kelly’s and bounce between his baby mamas? This twist puts an interesting spin on the yet to happen Jake identity reveal that no one (except for those twisted crazies in the GH writers’ room) could see coming. Liz should have little Jake back in her arms within days.

Share your thoughts on this insane plot twist in the comments below and check back with CDL often for tons more “General Hospital” spoilers, gossip and rumors.