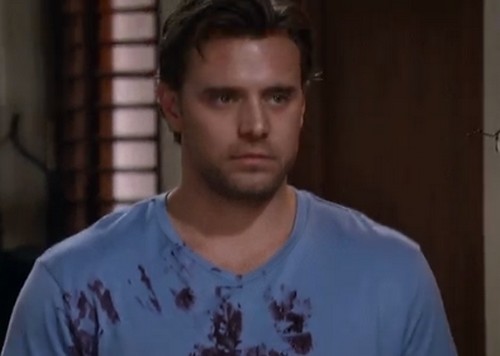 “General Hospital” spoilers are in and Laura Spencer (Genie Francis) arrives next month with news about Jake Doe’s (Billy Miller) true identity. She is one of the only people who knows positively that Jake is Jason Morgan. It has been long rumored that Laura will return during November sweeps (which start the last week of October) with the news in tow when she learns that Elizabeth and Jake were planning to get married. One can expect her to interrupt the wedding ceremony in time to reveal Jake’s true identity and to throw Elizabeth (Rebecca Herbst) under the bus in the process.

Laura Spencer will appear on the soap in October, and the word is she will bring life-changing information to Jake. She will tell him that he is none other than Jason Morgan – and let him on the huge secret that Liz knew his real identity and purposely kept it from him. The one person he has trusted since he awoke from his coma last year was Elizabeth Webber. Laura will let him on a huge secret; Liz knew he was Jason and kept it from him. And, she never planned on revealing the truth to him. Liz’s evil and selfish plan will eventually blow up in her face, and no amount, of “I’m Sorry” will make this better. Will Jason forgive Liz for lying to him – NO WAY!

Other spoilers hint that not only will Laura reveal Jake’s true identity, but Damian Spinelli (Bradford Anderson) will return with proof that Jason is alive. Spinelli was the one person who believed Jake was Jason earlier in the year; the rumor indicated that he may not have eased off from proving that Jason and Jake are the same persons.

On September 8, Sonny (Maurice Benard) was shot, and no one was around to help the mob boss but Jake Doe and Sam Morgan (Kelly Monaco). They had just talked to Nikolas Cassadine (Tyler Christopher) – and were speaking about if he was being truthful about not having a part in the ELQ takeover. They heard shots fired. Immediately Jake reacted by pushing Sam to safety and then went into action. Jake flung the door open and emerged to help Sonny in true Jason Morgan – Stone Cold – fashion. He proved to the Billy Miller haters that he could easily portray Stone Cold Jason Morgan. In a brilliant scene that moved all GH fans, Sonny whispered to him that he always knew Jason was alive.

The big question remains, how will Jake react when he finds out that someone he considered family had kept huge secrets from him for over a year? Will he marry Liz or call off the sham of a marriage? How will Sam react when she learns that her beloved husband is really alive? Will it affect her relationship with Patrick (Jason Thompson)? It will be interesting to see if Liz can manipulate Jake to staying with her. Jake will start to have more memories from his life as Jason Morgan – so watch out everyone! Do you think that Laura Spencer will interrupt the wedding and tell Port Charles Jake’s true identity? Check back daily to see more “General Hospital” spoilers and updates.