General Hospital (GH) Spoilers: Jason Morgan Reveal Fallout – Liz and Ric Back Together After Jake Leaves Her for Sam? 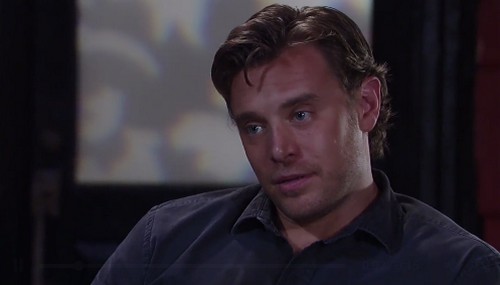 In this “General Hospital” spoilers, we take a look at what will happen when Liz Webber’s (Rebecca Herbst) lies come crashing down around her – as we know they are about to do. While it’s possible that Jake Doe (Billy Miller) will be swayed by his recent and very passionate love for Liz to overlook her terrible, terrible lies, his forgiveness has a sell-by date.

What’s on Liz’s side right now is that Jake can’t miss what he can’t remember. But we all know that his inner-Jason is lurking and those memories are ready to break free at some point. And when the amnesia dam breaks and Jake remembers how much he loved Sam Morgan (Kelly Monaco), it’s not likely that Liz will be able to hang on to him. In fact, not only will Jason leave her, but he might even take their son.

Considering the intense fraud Liz has been perpetuating, is it a stretch that Jake could go to court and win custody of little Jake Spencer (James Nigbor)? Liz has shown she’s a terrible person and that means not only could Sam end up with Jason, but could also play mother to the son Liz lost years ago and has only recently gotten back. Little Jake is Liz’s biological tie to Jason and losing him would devastate her.

This is the worst-case scenario for Liz. Not only will Liz eventually lose the love of her life, and possibly one of her sons, but will also lose professional and personal respect among most of Port Charles’ residents. When all of this comes out in November sweeps, Liz will have very few friends left in the world: Nikolas Cassadine (Tyler Christopher) her co-conspirator and, of course, Ric Lansing (Rick Hearst).

And it will be Ric who is there to help Liz pick up the pieces. Liz is the love of Ric’s life and he can forgive her almost anything. Liz will need someone to turn to and she has to see that she’s been doing to Jake what Ric was doing to Jake, only on a much more insidious scale – and Liz can’t be so much of a hypocrite that she doesn’t realize this.

When all is lost for Liz and she’s in a heap on her couch crying her eyes out about all she’s lost, look for Ric to the be the only person in Port Charles ready to give her a second chance. Ric will offer understanding, love and forgiveness. He’ll explain to her that Jason wasn’t meant to be hers – he was meant for Sam – just like Liz was meant for him. Ric will be looking pretty good to Liz after that.

Unless Liz packs up and leaves town, Ric is her one shot left at someone who understands her motivations and actions since he went down a similar road herself. But will Liz be able to let go? And if she struggles with getting over Jason, will Ric finally have enough and decide he can’t be treated as a consolation prize even though he truly wants to be with her?

This is one to watch – the reveal will be a bit anti-climactic since so many people know that Jake is Jason, but Ric, for one, will be stunned. And this will give him some clarity on why Liz was drawn to Jake, but he will be surprised to find out Liz knew all along and was lying. Ric may even point out her hypocrisy before it all blows up in Liz’s face. Expect Ric to move in just as Liz hits rock bottom to offer a hand up.

Not that any of this will make Ric more likeable – he’s still a rat fink. He’ll just be the only rat that doesn’t leave Liz’s sinking ship… Stay tuned to CDL for more “General Hospital” spoilers, gossip and more!