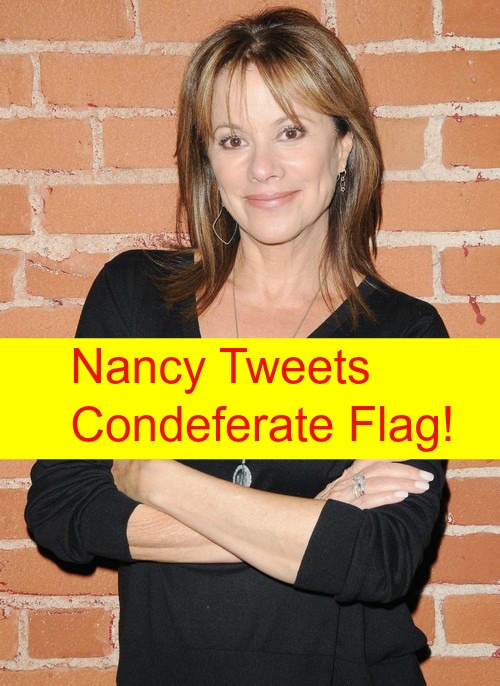 “General Hospital” spoilers tell us that GH star Nancy Lee Grahn just returned to social media with a bang this week after a nearly month long hiatus. Nancy found herself in the midst of a media firestorm after she enraged Twitter followers and was falsely accused of being racist.

The soap opera star’s statements about fellow actress Viola Davis were taken the wrong way by several GH fans – and Grahn made a wise choice by simply staying off social media and letting the scandal die down.

For those of you who don’t remember, Nancy Lee Grahn tweeted this after Viola Davis received a 2015 Emmy Award, “I wished I loved Viola Davis’ speech. I feel like she should have had Shonda Rhimes write it.” As if that didn’t stir up enough controversy, Nancy Lee Grahn added that Viola Davis was an elite actress – and she had no idea what it was truly like to be discriminated against. Eventually, Nancy really had no choice but to apologize for her statements – in a desperate attempt to make the whole messy situation go away.

Now, here we are – Nancy Lee Grahn’s first week back on social media. After sending out a heartfelt message to her fans about enjoying life off from social media and being able to focus on more pressing issues in her everyday life, Nancy has already put her foot in her mouth again.

Grahn tweeted a photo of the Mississippi State flag – which features the Confederate flag’s blue “X” and an article that is circulating the news this week. Apparently in Mississippi, the half Confederate/half States flag is being flown high and they will be voting on whether or not it should be taken down.

In Nancy’s defense she commented on the picture of the flag, “no excuse take it down.” So, this could all just be an attempt to let everyone know that she is not racist and is anti-Confederate flags. But, it’s not helping her case any, at all. The last thing Nancy should be doing right now is even mentioning anything about race, let alone the ongoing controversy over the Confederate Flag.

Why would Nancy want to remind everyone of last month’s scandal? Let alone, why would she want to stir up any more controversy when she is already walking on eggshells? Either this is a horribly misguided attempt to smooth over the whole racism accusations – or Nancy just likes to ruffle people’s feathers. Regardless, at this rate ABC is going to take away her Twitter privileges if she isn’t careful.

Do you think Nancy Lee Grahn is playing with fire to tweet a photo of a Confederate flag – even if she is saying it should be taken down? Is she trying to prove she isn’t racist, or does she just like stirring up controversy? Come back to CDL for all your General Hospital news and spoilers -share your thoughts in the comments below!