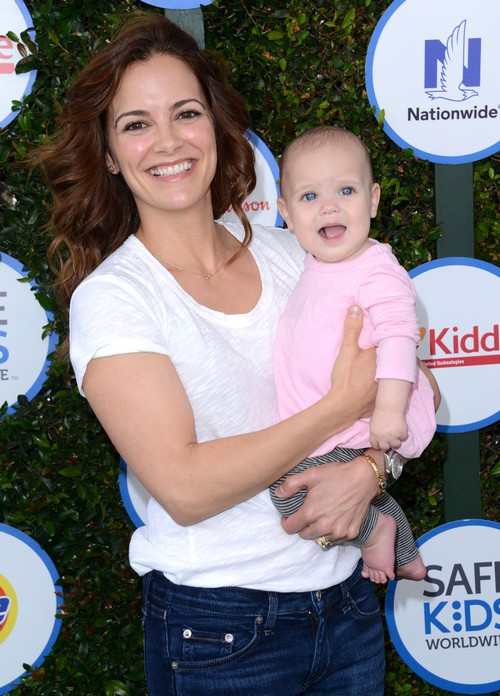 “General Hospital” spoilers indicate that a new GH love story could be budding! Nikolas Cassadine’s (Tyler Christopher) plan to move Hayden Barnes (Rebecca Budig) into his mansion to keep an eye on her as she recovers from amnesia is back-firing. Instead of Nikolas keeping control over Hayden, it’s looking more like he’s losing control and could actually be falling for Hayden. And she might be falling right back.

What’s great about Hayden and Nikolas is that she doesn’t believe the crap he’s feeding her and she doesn’t back down. The court of opinion is out on whether Hayden remembers more than she’s letting on, or if her amnesia is as extensive as she says. Hayden continues to push on Nikolas and demand answers for what she’s remembering and doesn’t take his made up excuses at face value.

Hayden’s presence at Wyndemere has given her a front-row seat to Nikolas’ schemes, lies and machinations but, oddly enough, she’s not walking away or scared. That’s appealing to Nikolas since he’s had to hide this darker side of himself from everyone else in his life. But Hayden is willing to take him as is. And while it was once just physical between the two, it’s turning into more.

Hayden portrayer Rebecca Budig told Soaps in Depth, “I’d like to think that it was more than sex when she was with Nikolas.” Budig also brings up a salient point to consider adding, “I find it curious that in the two months she was in a coma, no one claimed her. Nobody was looking for her. There’s no one in her life. Why? I feel like there’s a story there.”

There certainly is a story there. “General Hospital” rumor has it that Hayden may have an ex-husband heading for Port Charles to cause trouble. The mystery of Hayden’s past is compelling, but what’s of more interest right now is her future and it looks like it’s going to be linked to Nikolas, no matter what he’s up to. Nikolas may well have found his match in Hayden.

She’s probably the only woman in Port Charles that is willing to accept Nikolas 100% as he is. Hayden isn’t asking Nikolas to be different or better, just honest with her about what’s going on. And that kind of acceptance, of his dark side, his choices, his son, his complicated past and murderous family, may be worth more than all the gold in the Cassadine vaults.

Tyler Christopher told SID, “We’re in the middle of a writing change” so it’s “hard to predict” what will happen between Hayden and Nikolas, but says that their romance could allow the audience to root for Nikolas despite his evil antics and Hayden’s predilection for stirring up trouble in Port Charles. Nikolas has usually chosen nice girls, so him falling for Hayden will be a welcome character shift.

And at least Nik won’t have to hide his true, newly evil self from Hayden. Last, Hayden may be a woman that Nikolas’ evil grandma Helena Cassadine (Constance Towers) can embrace and perhaps even see some measure of herself in her. Although if Helena approves of Hayden, that might be a major red flag for Nik that he’s on a questionable path. This is a plot to watch. Can’t wait to see it unfold.

Be sure to stay tuned to CDL for more “General Hospital” spoilers, news and gossip.