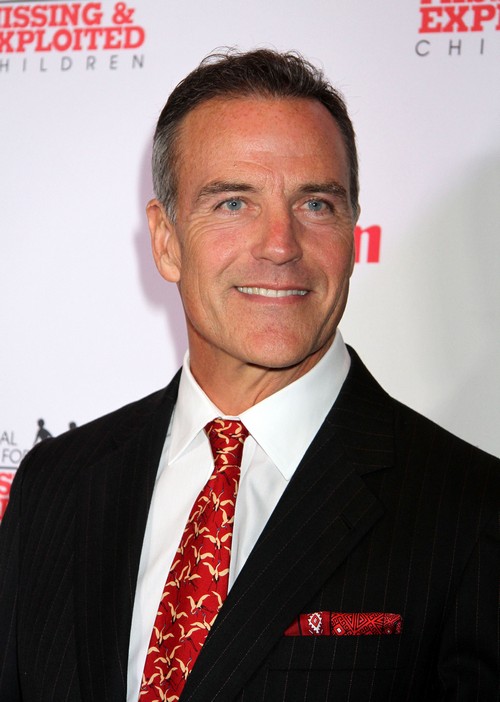 This “General Hospital” spoilers post will knock your socks off. Holy cow GH fans, did you see what I saw on the Friday September 18 episode? Can Paul Hornsby (Richard Burgi) be the mastermind behind the Port Charles mob war? There has been some talk on the fan boards that the timing of Paul’s arrival in PC coincides with the uprising of the mob violence in PC. And now it’s starting to look irrefutable…

Because Paul seems so suave, debonair and above-board, who would think he could be a dastardly do-badder behind the scenes? Wow. So it looks like Paul had some of his henchmen toss Scotty Baldwin’s (Kin Shriner) suite at the MetroCourt to steal the flash drive that implicates Ava in the Connie Falconeri killing. But why? Here’s where this gets interesting.

Paul does not want Ava in jail, but does want to have leverage over her. Why? It’s all about the mob. What we haven’t seen behind the scenes is that Julian Jerome (William deVry) has likely been working closely with Paul. Not only did Jerome hand over territory, but also his legion of minions. That’s how Paul has been able to work without being discovered.

This is all very diabolical if it plays out like I suspect. Paul came to Port Charles purportedly to get to know Dillon Quartermaine (Robert Palmer Watkins), but that was just the cover story. What the master plan may be instead is for Paul to take over Port Charles for the DVX Cartel – remember the one that involved Cesar Faison (Anders Hove) back in the day?

The cartel rigged Paul’s marriage to Tracy Quartermaine (Jane Elliot) way back when. And, an interesting tie in, the Jeromes were shooting to launder money through ELQ not that long ago. Could that be why Paul is cozying back up to Tracy and conveniently advertised his divorce to her? Is Paul trying to get his hands on ELQ to launder mob money? And could Nikolas Cassadine (Tyler Christopher) be part of it?

With Nikolas in control of ELQ, and if partnered with Paul, they have a perfect crime/money laundering set-up. But what’s even more sinister about this is that Paul stealing the flash drive that Scotty already stole should get Ric Lansing (Rick Hearst) kicked out as DA. And we’ve seen that Paul has a cozy relationship with Mayor Lomax (Saidah Ekulona). Could Paul land the DA job?

How amazing would it be to see Paul running Port Charles’ mob, sifting his dirty money through ELQ, and heading up the DA’s office to make sure his interests are protected? If Paul can make all of this happen, he would be unstoppable. And all this aligns to the new co-writers’ promise to set up an overarching plot to tie the Cassadine, Corinthos, Quartermaine and Spencer families together.

Looks like starting Monday September 21, we will see the real Paul Hornsby and start to dig into the evil he’s really been up to in Port Charles. Be sure to stay tuned to GH and to CDL for more critical “General Hospital” spoilers, gossip and news.