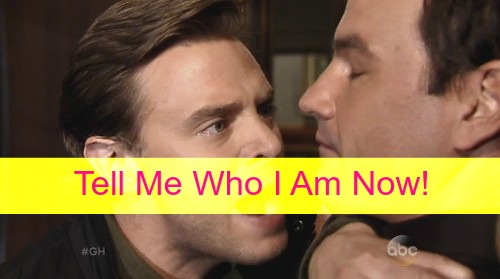 These “General Hospital” spoilers will get you ready for the October 19 episode. Monday’s GH has more on Carlos plus Port Charles’ hottest secrets. Did you notice that Paul Hornsby (Richard Burgi) fibbed about Carlos Rivera’s (Jeffrey Vincent Parise) time of death by several weeks? This will allow him to implicate a Corinthos syndicate associate – possibly even Michael Quartermaine (Chad Duell) in the murder.

Michael will talk to Morgan Corinthos (Bryan Craig) to make sure that Morgan didn’t go after Carlos because he believes this misleading timeline. The medical examiner error (or intentional lie) opens up more possibilities for Paul.

Michael will have other matters on his plate when Sabrina Santiago (Teresa Castillo) reveals her secret – that she’s pregnant. But the secret she doesn’t reveal is that it’s very like the baby of Carlos and not Michael since, as CDL exclusively posted first and other sites have since copied, the two had a farewell love making session before Carlos left, only to be murdered by Anna Devane (Finola Hughes). Michael is dismayed Sabrina kept the news from him but Sabrina plays it off as being about Sonny Corinthos’ (Maurice Benard) health scare.

Michael accepts the news happily and will share it with his parents soon. He has no clue he’s not the baby daddy. Morgan will find Kiki Jerome (Hayley Erin) day drinking at a new location – since she’s no longer welcome at The Floating Rib.

Kiki is at The Haunted Star and Morgan runs into her there but it turns into another ugly showdown. Kiki clearly hates Morgan and is upset at the way her life is going. Has anyone notices that Morgan seem much saner lately while Kiki is the one off the rails?

Ned Ashton (Wally Kurth) is back for a surprise stint – reportedly just one day of filming – and Ned tells Olivia Falconeri (Lisa LoCicero) to come clean with Julian Jerome (William deVry) that baby Leo is alive and well. Olivia won’t get the chance though – the news will come out before she can.

Julian, meanwhile, tries to make nice with Molly Lansing (Haley Pullos) in advance of moving in with her and her mom Alexis Davis (Nancy Lee Grahn) but Molly tells him flat out she doesn’t want him there.

It also looks like Damien Spinelli (Bradford Anderson) may have found something else in Nikolas Cassadine’s (Tyler Christopher) computer files that he did not reveal to Sam Morgan (Kelly Monaco) and Jake Doe (Billy Miller). Did Spinelli find confirmation that Jason didn’t die or perhaps that Helena Cassadine (Constance Towers) had been in contact with Jason after his supposed death? Spinelli will spill some of what he found out to Sam.

Jake isn’t waiting to hear back from Spinelli – he will confront Nikolas at Wyndemere and threaten violence. Now that Jake knows that Nikolas ran a DNA test on him, he’s sure that Nikolas knows who he is.

Does Nikolas have a clever lie with which to protect himself? Will Nikolas say he was trying to find out who Jake was to see who his grandmother Helena had doing her dirty work? Or will he finally come clean to Jake about all of this? Probably not. Look for a creative lie.

Hayden Barnes (Rebecca Budig) definitely knows the secret, though, and she’s got a new partner in crime, as yet unnamed that we will see next week in Port Charles. But will she also blab the news about Jake’s identity to him after he threatens Nikolas? “General Hospital” rumors have been swirling for months that Hayden would be the one to tell the truth to Jake and that could happen this week. This is one to watch. Jake will know about his true identity any day now…

All this and more on Monday’s episode – watch then come back to CDL for more “General Hospital” spoilers, gossip and more!