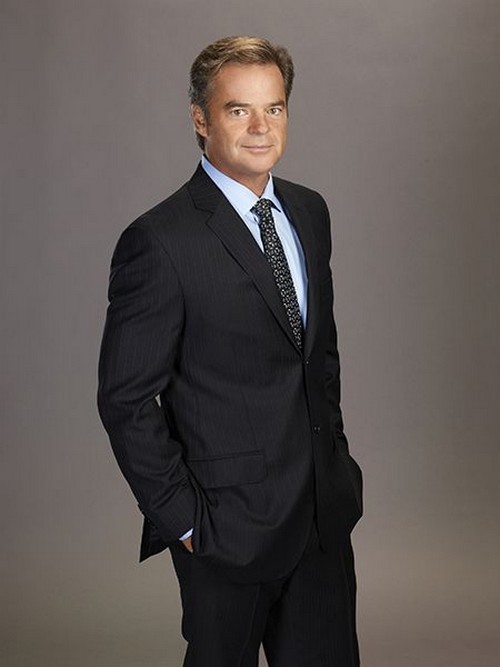 “General Hospital” spoilers are in and Wally Kurth will reprise his role of Ned Ashton for a special one-day appearance on October 19. Kurth has a current contract with “Days of Our Lives,” however, the NBC soap allowed him to return for a one-day stint on the show. The real question is, why is he returning on canvas now? Could his return be related to Olivia (Lisa LoCicero) claiming she adopted an infant?

Olivia claimed that a woman at her church put her in contact with a young teen who needed to place her newborn up for adoption. Alexis (Nancy Lee Grahn) found the story hard to believe considering that it can take years, sometimes decades to adopt a child.

“Talk about being at the right place at the right time,” Alexis said to Olivia. Clearly, she didn’t believe that the Olivia was being truthful about the adoption because she took the pacifier from the child. It is rumored that she will run a DNA test on the pacifier to see if the baby COULD be Julian’s son, Leo.

On October 19, Ned will arrive in Port Charles for a short stint on the show. According to ABC Soaps in Depth, Alexis will drop a bombshell on October 21- fans speculated that it could be that Leo is alive. The jaw-dropping secret that Alexis delivers to Julian shakes him to the core. It seems like the bombshell must be related to his baby boy, Leo.

Ned may return to support Olivia because she has been shaken up recently; she has been on the fence about admitting to Julian that their son didn’t really die at birth. When Julian learns she lied about his death, he will be pretty upset. He grieved for a child who was alive, and was denied access to him. The rumors hint that it will prompt a possible custody battle dispute between Olivia and Julian.

The showdown will start next week, and play out during November sweeps. Do you think Julian will find out that his son, Leo is alive? Don’t forget to come back later for more juicy “General Hospital” spoilers, news, and updates!