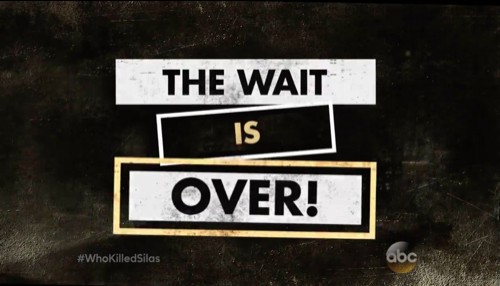 General Hospital spoilers hint that the answer to who killed Silas will be revealed this week! It looks like the “General Hospital” murder mystery may be solved this week, according to a GH video released from ABC. The list of suspects keeps growing. So far, the suspects are Ric (Rick Hearst), Franco (Roger Howarth), Madeline (Donna Mills), Nina (Michelle Stafford), and Ava (Maura West). Which one of these five could have been the one who killed Dr. Silas Clay?

GH wants fans to believe that Ava or Nina probably murdered Silas. Neither one of them makes much sense when you really think about it. The murderer will probably be someone no one suspected to be implicated.

Ava seems like a plausible suspect. She had the motive, opportunity and she is well – evil! With that being said, it will come out she was not the murderer. She had so much to lose, but she wouldn’t kill Dr. Clay, considering he is her daughter Kiki’s father.

It is looking like Madeline will probably take the fall for the murder. The rumor is that Donna Mills is leaving the soap – so it would make sense to make her the murderer. However there is no confirmation that she is indeed leaving the show, yet.

It is possible that Morgan Corinthos (Bryan Craig) could have had a part in the murder. Dr. Silas could have threatened to expose his affair with Denise, who was really Ava, to Kiki (Hayley Erin). Morgan is not very stable right now, and they could use his suspected bipolar disorder as a way to explain Silas’ murder.

Fans are wondering why this storyline is wrapping up so quickly when the Jason reveal is taking so endlessly long to fully come to light. It is likely because this storyline is the filler – that is, filling up time until November sweeps – and then they will reveal Jake as Jason to all Port Charles. Who do you think killed Dr. Silas Clay? Do you think Donna Mills is leaving the show? Share your thoughts in the Comments section below.

Think you know #WhoKilledSilas? The killer will be revealed this week! #GH