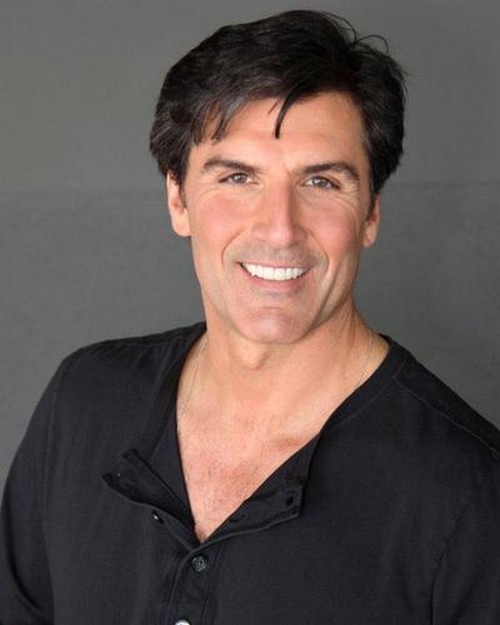 Here’s a look at some advanced “General Hospital” spoilers for some action in the weeks and months to come on GH. Check it out! Morgan Corinthos (Bryan Craig) will end up in the hospital, but is it because of his blossoming bipolar disorder or because he’s wounded in the Port Charles mob wars? Would be great to see Nina Clay (Michelle Stafford) hanging out with Morgan at Shadybrook! Also, Sonny Corinthos (Maurice Benard) and Jake Doe (Billy Miller) will share some screen time soon – can they bond at long last?

Both Maxie Jones (Kirsten Storms) and Kiki Jerome (Hayley Erin) will have a larger storyline in weeks to come. Will Kiki stick by Morgan as he struggles with mental illness even though he lied and cheated with her mom yet again or will she be the latest single on the market in Port Charles? Perhaps part of Maxie’s new story will involve Nathan West’s (Ryan Paevey) paternity.

Rumor has it that Vincent Irizarry is coming to GH to play Nathan’s real dad – the uber-evil Valentin Cassadine, the most monstrous of all Cassadines. Also in Cassadine news, Nikolas Cassadine (Tyler Christopher) will continue on his evil arc and he won’t reveal why ELQ is such a big deal to him. Also, Helena Cassadine (Constance Towers) comes back to Port Charles.

Hayden Barnes (Rebecca Budig) gets to meet Nik’s crazy grandma – will the two hit it off since they’re both a bit off kilter? And, rumor has it, Hayden and Nikolas could be Port Charles’ next super couple. Makes sense. Hayden is one of the few women who may be able to accept Nikolas as-is and not nag him about his criminal and questionable moral actions.

Sam Morgan (Kelly Monaco) and Jake will be working together. Are they going to work for someone else or go into business together? Either way, Liz Webber (Rebecca Herbst) and Patrick Drake (Jason Thompson) will not like this. Sam and Jake will find a way that Michael Quartermaine (Chad Duell) may be able to regain ELQ.

Meanwhile, could little Jake Spencer (James Nigbor) be a Manchurian candidate of sorts? Did Helena release Jake to the Spencers’ to be her eyes and ears in Port Charles? Looks like there is a lot more to little Jake than anyone had any clue about… Another mother heads to town soon – Brad Cooper’s (Parry Shen). Is this good news? Likely not. She has no clue her son Brad is gay.

Anna Devane (Finola Hughes) is back from spreading Duke’s ashes in Scotland and Kyle Sloane (Robb Derringer) is also back. They discuss where their relationship left off, but it’s not going to go well. Look for Anna to go after everyone involved in the illegal mayoral election. She’ll go after the Mayor, Nikolas, and even Sloane. Look for Sloane to be killed off shortly after his return.

Michael decides to show up at his parents’ wedding or at least make a significant gesture to show he’s working towards acceptance. Carly will be grateful, but it’s Sabrina Santiago (Teresa Castillo) she should thank and Sabrina and Michael ramp up their relationship. Someone from the past will reach out to Sonny with some news and Sonny thinks he knows who’s after him. Look for a mob shoot out soon.

Kristina Corinthos-Davis (Lexi Ainsworth) is back in town and she meets Jake – will Kristina realize it’s her dad’s BFF back from the watery grave? Or will she just have the hots for Jake? In kids of Corinthos news, Michael tries to help Morgan as he spirals out of control mentally. Will Morgan listen to his big brother for a change?

And – big news – Robert Scorpio (Tristan Rogers) is back and he’s wondering about Robin Scorpio (Kelly McCullough) and wants to know what’s up with her. Also, look for an arrest in Ric Lansing’s (Rick Hearst) future – Nathan will lock Ric up for torturing Nina and trying to steal her money and Madeline Reeves (Donna Mills), Ric’s partner in crime, will be arrested for the Silas killing.

Dante Falconeri (Dominic Zamprogna) will get very jealous of Lulu Spencer (Emme Rylan) and Dillon Quartermaine (Robert Palmer Watkins), but turns out Dante has reason to be worried. Lulu is developing feelings for Dillon after she reads something into his writing. Maxie decides once again that

The Quartermaines and the mob families will have much larger storylines in coming weeks with less emphasis on the younger kids. GH has decided to keep the smaller kids in ancillary roles. And we will see a big fat plot line that pulls the four major legacy families into one story – the Spencer, Cassadine, Scorpio and Corinthos clans will all be part of one larger storyline.

Be sure to check back with CDL often for even more “General Hospital” spoilers, gossip, casting news and more!