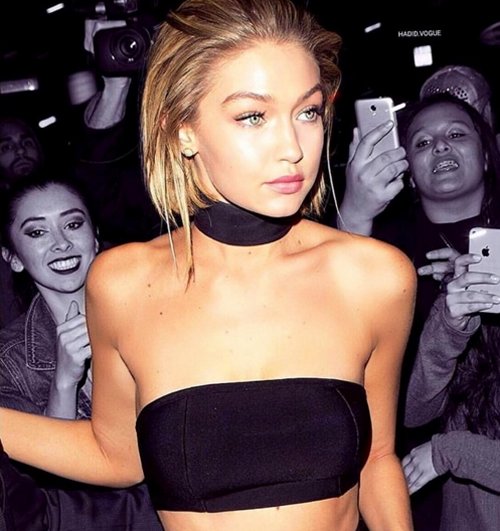 Gigi Hadid may have just apologized to Joe Jonas or at least tried to explain her very quick rebound romance with Zayn Malik with a single tweet that was quickly deleted.

The message was sent via Twitter soon after Jonas deleted Gigi from his friend list on all social media accounts and reportedly even removed a picture of himself and Malik.

That is when Gigi responded with a tweet that said, “Sometimes life just happens. For whatever reason in whatever timing. And sometimes it doesn’t make sense til it does. That’s it.”

Gigi’s tweet was posted on Monday, November 30 but was deleted within minutes. Instead, Hadid posted a picture of palm trees that says “chill” and then she captioned it with a smiley face.

Some people took Gigi’s original tweet to be a message for Jonas that the new Zayn relationship wasn’t on purpose. Gigi Hadid met the former One Direction singer at the American Music Awards last week and they have been joined at the hip ever since.

The brand new it couple was seen at The Nice Guy in West Hollywood together on Saturday night. By that time, rumors that Gigi and Zayn were an item had been going strong for a couple of days.

The duo confirmed all dating rumors when Zayn was photographed holding Gigi’s hand at the club. Hadid and Jonas only broke up a couple of weeks ago and apparently there is no hope for reconciliation because the young model has already moved on to another man.

When Joe Jonas realized that Gigi had already moved on and to a rival boy bander at that, he was furious! Jonas stopped following Hadid on social media. To prove that the unfollow was all about Gigi’s new boyfriend Zayn Malik, Joe Jonas also deleted a photo of the two men together from Instagram.

Zayn’s fans seem to be pretty sympathetic to Jonas because he is obviously pretty crushed. The fans are also worried about the former One Direction singer because the fans fear that Hadid might hurt Malik too.

Zayn Malik’s fans are already sending warnings to Gigi Hadid to let the young model know not to mess with their favorite man. If Hadid does end up hurting Malik, they’ll have a field day with her on Twitter and Instagram.