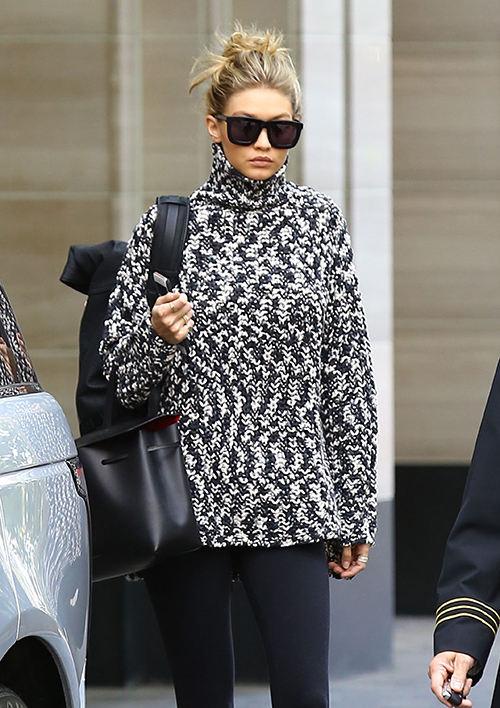 Gigi Hadid and Zayn Malik are the hottest new couple in Hollywood and that has Selena Gomez pretty upset after the “Same Old Love” singer made it clear that she wanted to date the former One Direction singer.

Ever since Gigi and Zayn hung out at the 2015 American Music Awards, sparks have been flying. Both are newly single since Gigi and Joe Jonas recently broke up. Zayn Malik and his former fiancee Perrie Edwards called it quits back in August.

In a recent interview with MTV, Selena Gomez revealed her crush on Zayn Malik. “If he had asked me out on a date, I would be seen with him. Just kidding, but not kidding,” Selena said of a possible romance with Malik.

Here’s the thing, though, Selena recently admitted that she takes dating and boyfriend advice from Taylor Swift all of the time. Of course, we already knew that because it’s been Taylor’s constant badmouthing of Justin Bieber that has kept Selena strong and away from her “Sorry” singing ex-boyfriend.

Well, apparently, Selena had made it clear that she wanted to date Zayn Malik. Unfortunately, Zayn already started vibing with Gigi Hadid, who also happens to maintain a space within Taylor’s inner circle. While Gigi and Selena Gomez have never been real close, now Selena is seething mad and insanely jealous that Gigi got her claws in Zayn first.

Of course, Selena can’t really say or do anything to let Gigi Hadid know that she had her eye on Zayn first. Since both women have spots on Taylor Swift’s squad, it’s better if they play nice than fight over a man otherwise they will invoke the wrath of Taylor.

That hasn’t stopped Selena from crushing on the former One Direction singer and she’s trying to get up close in any way she can. Selena and her on-again, off-again boyfriend Justin Bieber are reportedly planning a double date with Gigi and Zayn. The young Hollywood couples are supposedly planning to see the new “Star Wars: The Force Awakens” together and Bieber is supposedly renting the Staples Center to watch the film.

Now that Selena’s feelings about Malik are public though, Justin Bieber might want to reconsider taking Gomez around Zayn because it’s pretty obvious that the “Same Old Love” singer wants to see if there are sparks with Gigi’s new man.