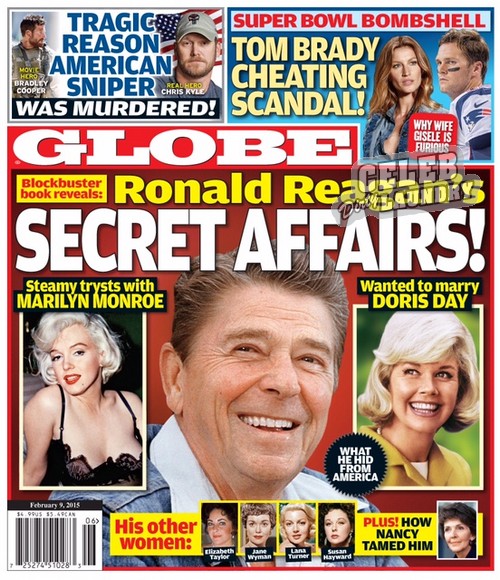 Tom Brady and the New England Patriots may be going to the Super Bowl, but the NFL quarterback is in some serious hot water with “Deflate Gate.” The Patriots are in the middle of a media firestorm – and being accused of cheating over the course of several seasons by deflating their game balls to ensure that they wouldn’t fumble them. Our friends at GLOBE Magazine, always manage to get the inside sources on all the major news – and apparently Tom Brady’s wife supermodel Gisele Bundchen is furious with her hubby over the scandal.

The February 9th cover of GLOBE Magazine screams, “Super Bowl Bombshell: Tom Brady Cheating Scandal – Why Wife Gisele Is Furious.” Tom Brady is in a lot of hot water right now over the ball deflating scandal, and it could easily cost him his career. It’s no wonder Gisele is livid – they have a family to support! If Tom Brady loses sponsorships, has to take a pay cut, or is worst case scenario ousted from the NFL – it means saying goodbye to their lavish lifestyle and Gisele will have to hit the catwalk to support their children.

In other news, the February 9th cover of GLOBE Magazine teases another exciting story on the real life American Sniper – Chris Kyle. The story of veteran Chris Kyle and his untimely death skyrocketed to infamy since the Bradley Cooper film hit theaters, and GLOBE has all of the inside info on what really happened the day Chris Kyle was senselessly murdered at a Texas gun range after surviving four tours in Iraq. GLOBE has no problem addressing controversial topics that other magazines tend to shy away from – and this week’s cover also teases a juicy story on President Ronald Reagan’s scandalous relationships with Marilyn Monroe and actress Doris Day.

So, have you been following Tom Brady and “Deflate Gate?” How do you think the NFL star’s career will be impacted, should his wife Gisele be worried? We’ll be hitting the newsstands as soon as GLOBE is released so we can get all the juicy details. Let us know what you think in the comments below and don’t forget to check CDL later this week for more inside info.