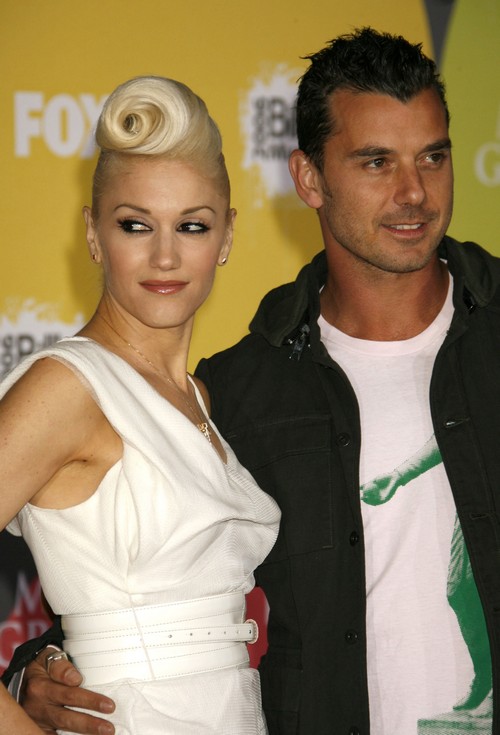 Gwen Stefani and Gavin Rossdale’s divorce went from amicable to downright nasty in just a matter of a few short days. Although the two musicians insisted in their public statement that they would remain friends – it doesn’t seem to be happening. Gwen and Gavin got married in 2002, and have had three children together: Kingston, Zuma, and Apollo. Now that they are parting ways, Gavin and Gwen are reportedly in a huge battle over custody of their children – and money of course.

When Gwen Stefani and Gavin Rossdale got married in 2002, they made a crucial mistake – they never signed a prenuptial agreement. According to an all new report in this week’s edition of In Touch Magazine, Gavin is trying to take Gwen for every penny she is worth, and is holding their kids over her head for ransom. An insider dished to the tabloid, “Gavin is money hungry and he won’t agree to give Gwen custody of the kids unless she agrees to pay up big time. Gwen would do anything for her kids, but she hates the idea of having to pay Gavin for her kids. She is devastated.”

Right now Gavin is worth $35 Million, so he’s not exactly starving, but he wants a piece of Gwen’s estate with is worth well over $80 Million. According to In Touch Magazine, Gwen has wanted out of their marriage for a long time, but Gavin kept reminding her that they didn’t have a pre-nup, and if she walked out on him, he was walking away with half of her money. Gwen doesn’t care about her millions anymore – she just wants to take her kids and be rid of Gavin for once and for all. In Touch’s source added, “Gwen doesn’t care about anything but her kids, and moving on.”

Do you think that Gavin Rossdale is playing dirty? Or could there be more to the story? The rocker is basically holding custody of his kids for ransom! Let us know what you think about their messy divorce in the comment section below!