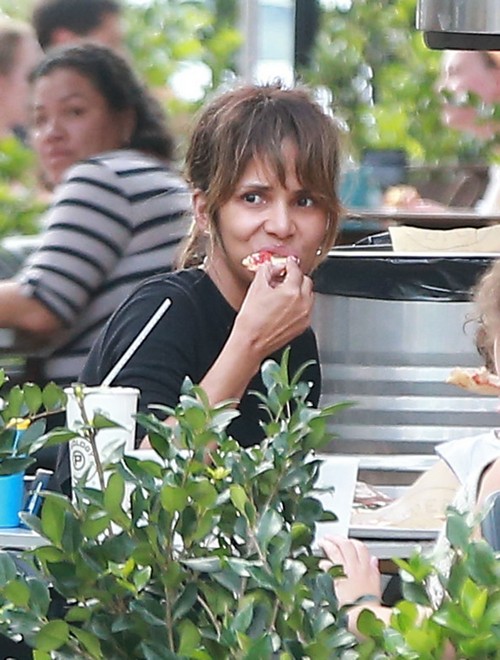 It’s official, Halle Berry filed for divorce from Olivier Martinez on Tuesday October 27 and the couple are officially separated. Divorce rumors have plagued Halle and Olivier’s marriage basically since the time that they said their “I Do’s” and were married two years ago. Not only did Halle and Olivier have little in common, but Olivier’s temper and anger issues seemed to be taking a toll on their relationship. Not to mention that Halle’s series Extant was cancelled.

Since Olivier Martinez was hit with a lawsuit over his outburst at LAX, in which he assaulted a man and beat him over the head with a car seat, multiple reports revealed that Olivier and Halle were fighting more than ever.

Tabloids even claimed that the couple had already separated and weren’t even living together any more. And, now that Halle Berry has filed for divorce and legally ended her marriage – it’s pretty clear there was some truth to all of the break-up and divorce rumors.

According to TMZ, Olivier and Halle Berry signed a pre-nup, so the divorce should be rather quick. The website is reporting, “We’re told Halle cited irreconcilable differences. As for money, we’re told it’s not an issues because the couple had a prenup.

They have a child, Maceo, who is 2-years-old. Our sources say Halle is not asking for joint or primary custody, but rather what is in “the best interests of the child.” We’re told the expectation on Halle’s part is for a quick, non-contentious divorce.” The website goes on to reveal that Olivier’s outburst at LAX played a huge part in their marriage woes – and was the straw that broke the camel’s back.

Olivier Martinez and Halle Berry are rarely spotted in public together, so in all actuality nothing is really going to change except for the fact that they are no longer legally married. Neither celeb has issued a public statement on the divorce yet, the story is still developing. Are your surprised that Halle Berry filed for divorce? Or are you just surprised that it took this long? Share your thoughts in the comments below!