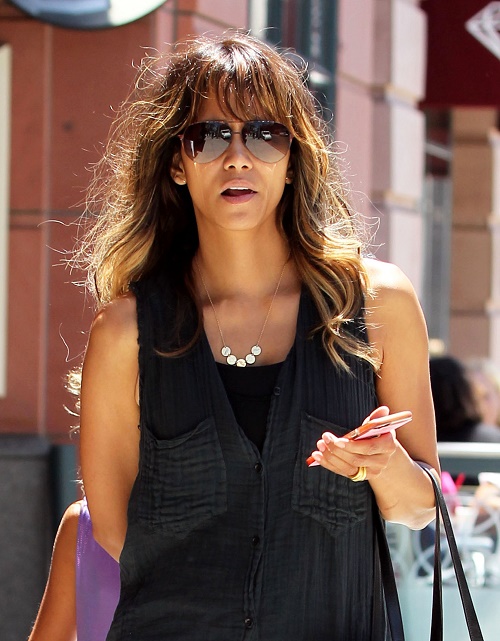 Halle Berry divorce rumors ignited months ago and have been gaining momentum over the course of the last few weeks. Berry and her husband, Olivier Martinez, have not been seen together since February 2015 – and have barely made any public appearances since their son Maceo was born in 2013. Berry was recently spotted out and about with Maceo and photographed without wearing her wedding ring – only confirming that the breakup from Martinez was the real deal.

Halle Berry’s hubby made headlines in 2012 during his infamous brawl outside of Berry’s house with her baby-daddy Gabriel Aubry. Since Olivier and Gabriel’s smackdown, Halle has been concerned about her husband’s temper and violent streak. He cemented her concerns last year when he attacked an airport employee at LAX and was caught on camera hitting him over the head with Maceo’s car seat. According to insiders that was the breaking point for Halle, and she informed Olivier if he didn’t seek counseling for his anger issues – she was leaving him. Apparently, Olivier would rather endure a divorce than head to therapy.

An insider dished to Radar Online, “Halle is telling pals she worries that Olivier’s runaway temper could put her kids at risk. They’ve just been delaying the inevitable split.” Radar’s source went on to reveal that Halle and Olivier have been living separately for months, he has taken up residence in Malibu and Berry is living in Hollywood Hills with her two children.

There must be something in the air, because it seems like celebrities are getting divorced left and right this summer. It sounds like at this point Halle and Olivier’s marriage is virtually over, they just don’t want to be bothered with the complicated divorce proceedings and paperwork. Do you think that Halle and Olivier could work it out? Or is it time to officially pull the plug on their relationship? Let us know what you think in the comments below!