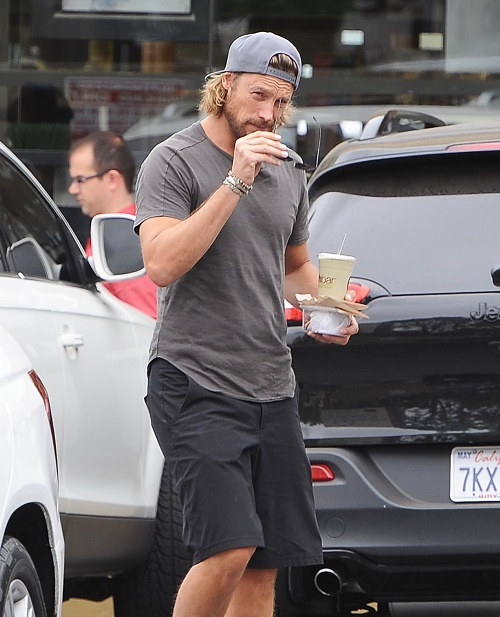 Halle Berry and Gabriel Aubry are duking it out in court again. Not content with being horrific parents to seven-year-old daughter, Nahla, the Oscar-winner and her statuesque ex-boyfriend went to court over – you guessed it – money, money and money.

Last year, Berry asked the court to reduce the amount of money she pays Aubry to take care of Nahla, stating, “There is no case, no law, no logic that says a healthy, active man gets to simply live off child support that the wealthier mother earns.” The actress also accused him of “spending most of the [child support] money on his own needs, including $700 on fitness, just short of $1,000 on clothing and nearly $2,000 on car expenses amongst others.”

Aubry alleges that the infamous fistfight with Berry’s current beau, Olivier Martinez, inadvertently destroyed his face, his livelihood and his ego.

No face, no money, no career.

“Gabriel hasn’t booked a job in months. It’s this whole thing with them [Berry and Martinez] you know? One look at him and people go, ‘Oh, aren’t you that guy who dated Halle Berry?’ It’s bad for business. No one wants negative publicity in the fashion industry,” said an exclusive source for Celeb Dirty Laundry.

Do you know what’s worse than negative publicity? A scared and scarred seven-year-old girl.

Grow up, you morons! Who is the biggest villain? Is Halle Berry a malicious witch? Is Gabriel Aubry a freeloader? Let us know your thoughts in the comments below.