Ian Somerhalder & Nikki Reed Cheated On Nina Dobrev While The Vampire Diaries Couple Was Still Together? 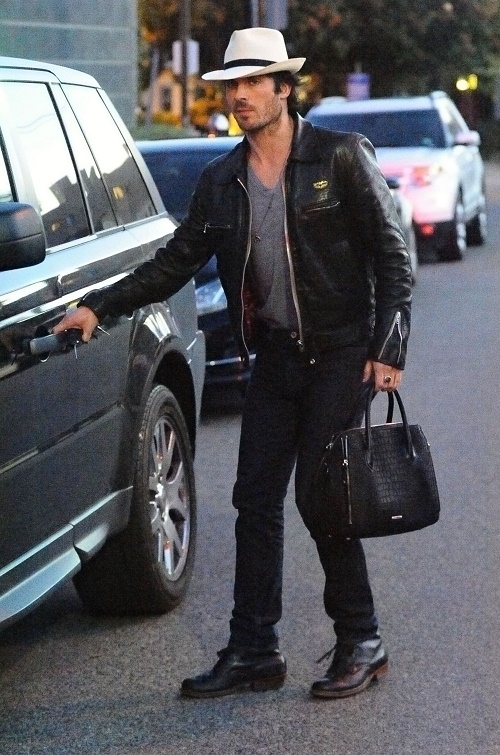 Ian Somerhalder and Nina Dobrev dated more than a year ago, but could cheating with Nikki Reed have been what led to the ultimate break up? Everybody connected to the situation claimed that Ian had cheated on Nina, mostly because she was refusing to settle down with him and he didn’t feel like their relationship was going anywhere. However, except for break it off like an adult and then go find a rebound, Ian reportedly cheated on Nina. Obviously, when Nina found out, she decided that breaking up was the right way to go and ended things with Ian.

Now, we don’t know who Ian could have cheated with, but some sources are whispering now that it might have been Nikki Reed. Sure, Ian Somerhalder and Nikki Reed didn’t start dating each other until earlier this year – and Nina and Ian broke up last year – but that doesn’t necessarily mean anything. Ian technically stayed ‘single’ for a long time after breaking up with Nina, but who knows who he was actually seeing? He kept his personal life out of the news for all this time, only to start bombarding us with Nikki Reed PDA when he needed the publicity. A TV show to promote, a movie to sell, and his career on the wane? Solution: go public with girlfriend, hope for the best. Plus, the combined fandoms of The Vampire Diaries and Twilight should have been enough to give him a boost in that regard, right?

Well, sort of. Many – especially Vampire Diaries fans – are still annoyed that Ian and Nikki are dating, which leaves Nina in the lurch. Sure, Nina doesn’t care anymore, but perhaps one of the reasons that she used to hate seeing Ian and Nikki was because they were the reason she broke up with Ian?

What do you guys think? Could Ian Somerhalder and Nikki Reed have cheated on Nina Dobrev while Nina and Ian were still dating? Let us know your thoughts in the comments below.