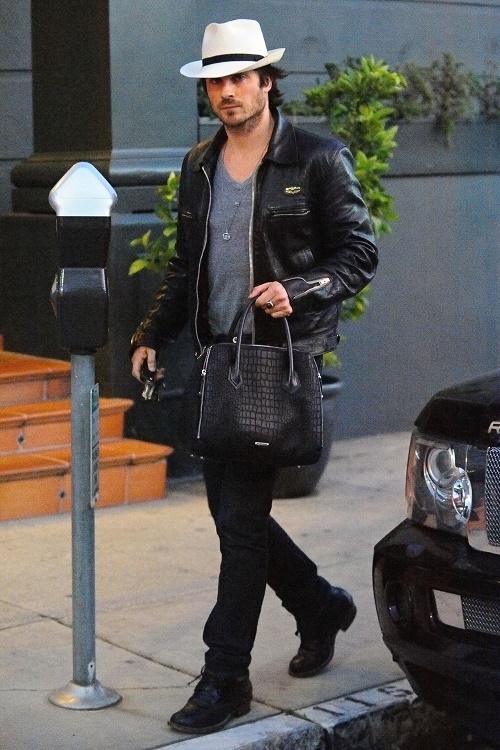 The Vampire Diaries has been renewed for Season 7, which means that Nikki Reed has a little more to worry about when it comes to Nina Dobrev’s proximity to Ian Somerhalder. Sources had previously claimed that Nikki was feeling very insecure about the amount of time that Nina and Ian were spending together, especially since on-set leaks confirmed that they were getting ‘touchy’ with each other. I mean, the two do play romantic interests, and for all intents and purposes, will continue playing romantic interests – can you blame Nikki for getting a little jealous?

Plus, Nina and Ian have a long and shared romantic history, something that Nikki can’t share. In fact, rumor has it that Ian actually proposed to Nina at one point, and when she said no, that was what began their break up. In that scenario, Nikki Reed seems like the second choice, something that Ian settled for but didn’t really ‘want’. It seems harsh to put it that way, but the guy’s starting to get to an age where marriage and kids is almost expected of you, and he probably wants to start a family. Unfortunately for him, Nina Dobrev was too young to get married and start a family, and moreover, she just didn’t want to.

So sure, Ian then went and started dating Nikki Reed, and then got engaged to her in less than a year of dating. But now that The Vampire Diaries has been renewed for Season 7, I don’t think Ian’s marriage or engagement to Nikki will go as smoothly. For one, Nikki might be dealing with jealousy issues, and for another, Nina might decide that she wants Ian back. She’s not currently attached, and if she feels like it, I’m sure she could have Ian eating out of the palm of her hand. So what if it breaks Ian’s engagement to Nikki?