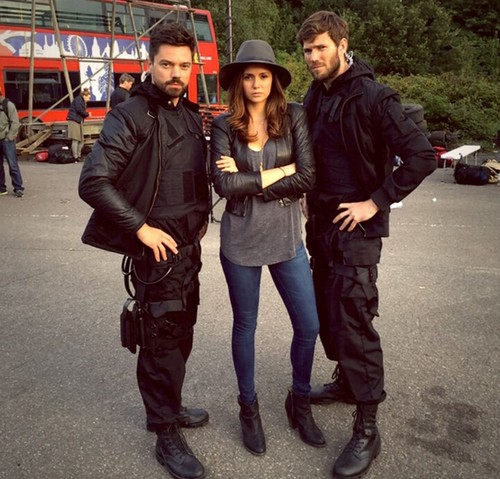 Ian has been hinting at changes and “looking to the future” using social media to tease fans. His marriage to Nikki Reed may not be heading in the direction he wants as Nikki Reed is focused on her career and not interested having children yet, so that tease of what will come next might be a hint at Somerhalder’s career.

The final season of ‘The Vampire Diaries’ has not been announced, but you can bet the CW is hinging the show’s future on the success of season 7 of TVD. Since Nina Dobrev quit, fans and critics have seriously questioned whether or not the show can enjoy the same success with Nina’s character, Elena. Some feel the absence of Elena Gilbert will be an opportunity for ‘The Vampire Diaries’ to shine on different angles like friendship and dealing with vampires. Contradicting opinions feel the show might not be able to survive without the love triangle and romance that Elena brought to Mystic Falls.

Whatever happens with season 7 of TVD, it might be the last. Ian isn’t blind, and as he watches Nina Dobrev struggle to find work, it probably sends a message to Somerhalder… If Ian wants a career after the end of his time on ‘The Vampire Diaries,’ he better start making connections and campaigning for roles now. Ian made it pretty clear that he does have his eye on his future, and doesn’t want to end up like Nina Dobrev; desperate for a work and begging TV shows like ‘Empire’ and ‘True Detective’ for a role.

What do you think? Will ‘The Vampire Diaries’ end after season 7? Will Ian Somerhalder quit TVD before the show sinks without Nina Dobrev as Elena?