Ice-T & Coco Daytime Talk Show To Premiere On FOX: Will New Show Be A Flop Or Massive Hit? 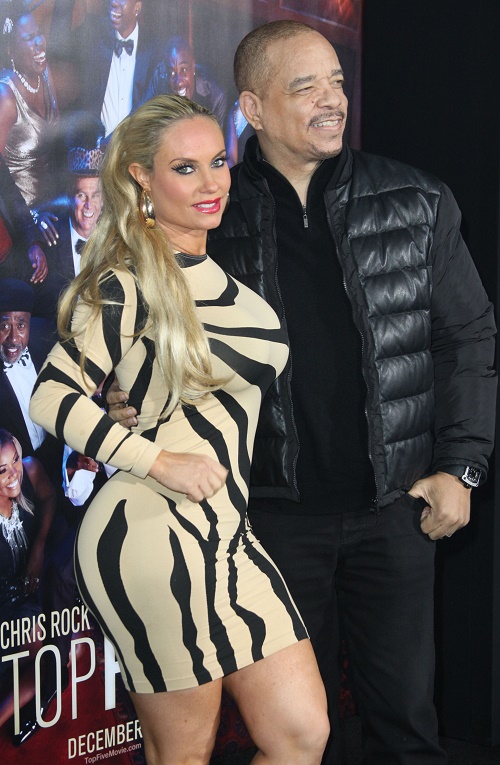 Ice-T and Coco have landed a new TV show – a daytime talk show to be exact! The Law & Order actor and former rapper and his dramatic wife, Coco, embarrassed themselves on their own reality TV show for three years, which was appropriately dubbed “Ice Loves Coco.” Now, the couple is headed back to television for their own daytime talk show on FOX, starting this summer.

The May 11 edition of GLOBE Magazine reveals, “Ice-T and his dangerously curvy wife Coco, are testing the daytime waters when they host “Ice & Coco” on FOX stations, beginning August 3rd. The three week trial, which is predicted to become a permanent gig, will feature the popular actor/rapper and his sexy spouse taking on the news of the day, celebrity going-ons and warm and fuzzy features.” Ice and Coco dished about their new talk show in a recent interview and explained, “It’s a fun show with our own style of hip, married humor and honesty.” Fox has been raving about their new segment with the couple and thinks that Ice-T will improve the culture of daytime television.

It’s not too often that a husband and wife take on a talk-show together, so it will be interesting to see how the show fairs, especially since behind closed doors Ice and Coco are rumored to be very dysfunctional and have a lot of issues with their marriage. We totally respect that FOX is trying to make daytime television more pop-culture infused and “hip,” but the thing is their audience is mostly middle-aged stay-at-home moms and elderly people. How many retired people want to see a “hip married couple” on during the day? And will Ice and Coco be a little too obnoxious for older viewers?

What do you think of Ice and Coco landing their own talk show? Will it be a hit or a flop? Will daytime viewers appreciate the couple’s “hipness?” Let us know what you think in the comments below!