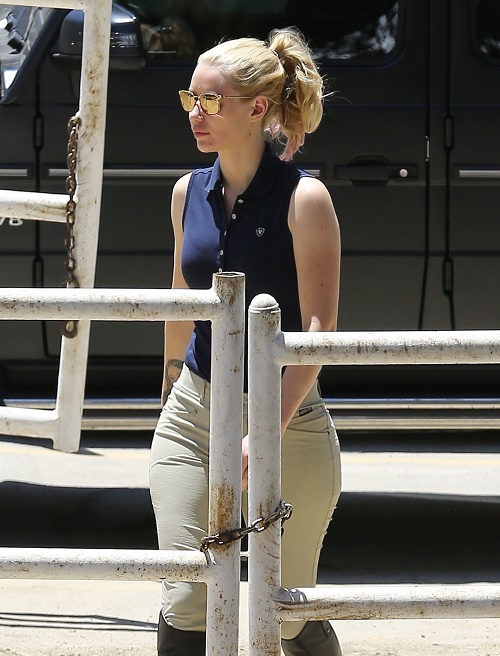 Iggy Azalea just dissed her “Pretty Girls” music video costar Britney Spears on Twitter! When Iggy and Britney first announced their “Pretty Girls” collaboration earlier this year, the feedback from fans was promising. But once the song barely made a dent on the Billboard 100, and the music video became the laughing stock of the internet, it was obvious that Britney and Iggy were not as “pretty” as they thought they were going to be.

Iggy Azalea has had a rough couple of months. First, she had to cancel her already postponed tour, and then she confessed that she had to scrap the majority of her new album because of creative issues. Meanwhile, her “Pretty Girls” collaboration with Britney Spears turned out to be a tremendous flop. While her career was sinking, her personal life took a huge hit to. Iggy was thrilled when her fiancé Nick Young proposed to her, and bragged about her new engagement ring on social media. Then, a few weeks later, a woman came forward and revealed that Nick had been cheating on Iggy with her for over a year.

Iggy is miserable right now, and we can’t really say that we blame her – seriously, you couldn’t pay us to live a day in her life right now. But the rapper seems to blame Britney Spears for her career woes. Iggy got fed up with haters on Twitter making jokes about her song “Pretty Girls” glopping on the Billboard 100 and over the weekend she took to Twitter to clear the air. Iggy says that it is Britney’s fault that the song didn’t do well, because Spears didn’t help her promote it. Iggy tweeted, “It’s difficult to send a song up the charts without additional promo and tv performances etc, unfortunately I’m just featured…”

For the record, “Pretty Girls” would have totally been at the top of the Billboard if Britney Spears had done her part and promoted the song. Right, because the fact that it makes people’s ears bleed and nobody can sit through the entire music video has nothing to do with its lackluster success.