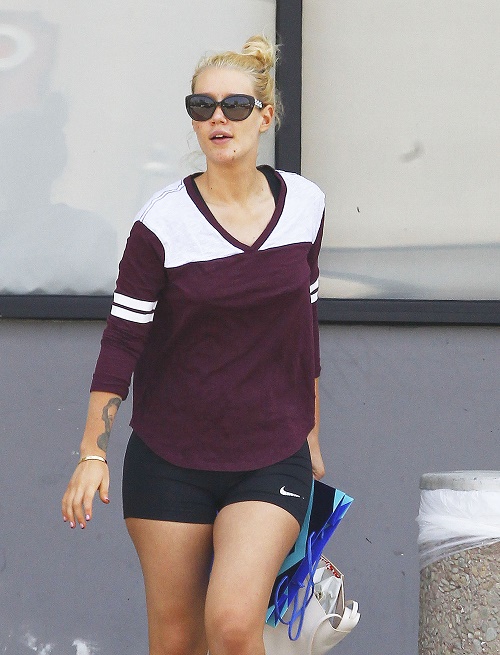 Is rapper Iggy Azalea pregnant with baby number one? Iggy Azalea recently confirmed she had cancelled her “Great Escape Tour” and apologized to her devastated fans. Like rapid fire, a few days later, Iggy’s longtime boyfriend, NBA player Nick Young, proposed to Iggy at his 30th birthday party and they flooded Instagram with news of their engagement and pictures of the ring. The odd timing of Iggy cancelling her tour and getting engaged has everyone whispering that she might be pregnant – and the rumors aren’t that far-fetched.

“Great Escape Tour” was supposed to be huge for Iggy Azalea, and some would even go as far as to say cancelling it is borderline career suicide. Although Iggy explained in an interview with Seventeen Magazine that she just needed a “mental break” and had been working non-stop for over two years, we aren’t buying it. If Iggy has worked for two years non-stop, then “Great Escape Tour” would have been the pay-off for all of her hard work. What other logical reason would she have for giving it up – unless she was pregnant?

And how bizarre is the timing: Nick Gordon suddenly proposes to Iggy right after she cancels her tour? Iggy and Los Angeles Lakers player Nick Young have been dating for over two years – and just recently went through some major relationship bumps when Nick was accused of cheating on her. Why the sudden rush to get engaged and married now? Rushed weddings and engagements are typically the result of unexpected pregnancies.

What do you think? Is Iggy Azalea pregnant with her fiancé Nick Young’s baby? Is that why the rapper suddenly decided to take a break from work and cancel her “Great Escape Tour?” Did Nick Young propose because Iggy is pregnant with his baby? Let us know what you think in the comments below!