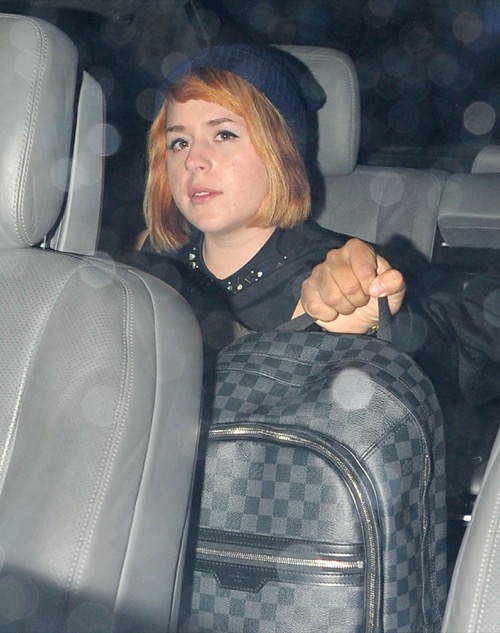 Isabella Cruise shocked the world by getting married go Max Parker in a low-key wedding on September 18 at London’s Dorchester Hotel. No one was as shocked as her own mother Nicole Kidman though – who was just a few minutes away from the hotel filming her new movie “Photograph 51” and had no idea her daughter was even getting married, she didn’t get an invite to the wedding! It’s no secret that Isabella Cruise and Nicole Kidman’s relationship has been strained over the years, but the fact that Nicole Kidman was completely unaware of Isabella’s big day makes it pretty clear their relationship is much worse than any of us even realized.

Nicole Kidman and her ex-husband Tom Cruise adopted two children in the early 90’s, after Nicole tried to get pregnant and suffered from a miscarriage. Isabella came first, and then a few years later they adopted Connor. As you all know, Nicole and Tom eventually underwent a very messy divorce – and their two adopted children wound up living with their father Tom and cutting off all ties to Nicole Kidman.

According to In Touch Magazine, Tom’s religion of choice – Scientology – had everything to do with Nicole being cut out of her kids’ lives. An insider dished to In Touch Magazine, “Isabella and Connor were reeducated by the church in to turning against Nicole so that Tom would be awarded full custody. It was made very clear to Nicole that Connor and Bella were Tom’s kids now.” The insider went on to say that Nicole regrets not having fought harder for her children during her divorce from Tom and added, “She lives with that every single day. The more time that passed, the more the divide came.”

Even though Nicole Kidman’s invitation to Isabella’s wedding was apparently “lost in the mail” – the actress is optimistic that one day she and her kids will be able to bury the hatchet and reconnect. In Touch’s source revealed, “She has already missed out on so much. The thought of them having children of their own and not being able to share that joy with them just breaks her heart. She prays that one day she will have a relationship with them again.”

Is Scientology really that big and scary, or did Nicole Kidman drop the ball by not fighting harder to be a part of Isabella and Connor’s lives? Maybe their lack of relationship has nothing to do with the religion, and they are just bitter that Nicole gave up so quickly and let Tom Cruise have them without a fight? Would Nicole have actually gone to Isabella’s wedding if she did invite her? Let us know what you think in the comments below!