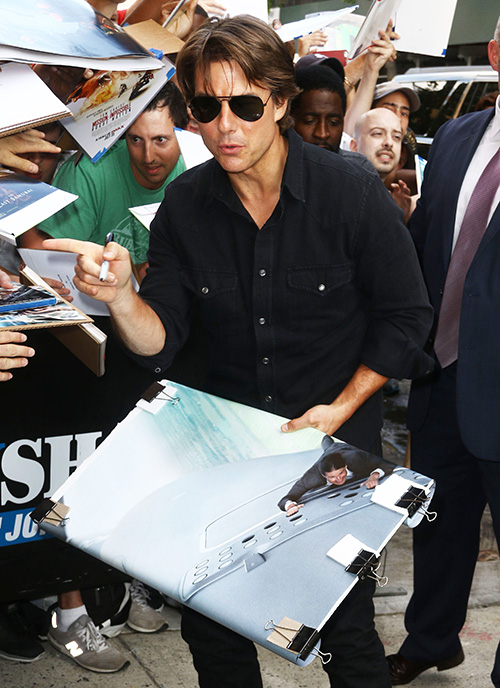 Tom Cruise isn’t going to win father of the year any time soon. Tom was completely snubbed from Isabella Cruise’s wedding. The adopted daughter of Tom and Nicole Kidman refused to invite her famous parent to her quiet London wedding. Could Scientology be to blame, or did Isabella’s distant and strained relationship with Tom play a role in the wedding snub?

Isabella, who is now 22, married British IT consultant Max Parker on September 18, according to reports by Woman’s Day. Conflicting reports dispute whether or not Nicole Kidman attended her daughter’s wedding, but it is a possibility as Kidman has been in London. None of the mag’s photos showed Kidman, but Nicole’s absence from photos could have been done purposely.

Max and Bella have been dating less than a year, but Nicole is said to be “overjoyed” at her daughter’s happiness. Isabella opted to keep the wedding super-private, snubbing Tom Cruise to avoid a flurry of press. Isabella’s relationship with Tom is also a huge factor. Even Isabella’s adopted brother, Connor Cruise, was not in attendance.

Nicole Kidman and Tom Cruise adopted Isabella in 1992, nearly 10 years before their break up in 2001. Isabella has always been afraid of the press and values her privacy. The wedding snub isn’t surprising as reports that Tom hasn’t been involved in his kids’ lives are a repeated rumor that seems to have validity. In fact, Cruise dropped a lawsuit he filed against Life and Style in response to the magazine’s story he had “abandoned” Suri Cruise after Bauer Media threatened to subpoena Katie Holmes. Katie’s deposition could have been immensely damaging to Cruise’s career, and the suit was dropped.

Isabella opted to keep the guest list to treasured friends and family, creating a very small and intimate ceremony. Of course, there is always the issue of Scientology. Isabella is technically a member of the Church of Scientology, and still attends services regularly, according to reports. However, her husband is not member of the “religion” and has not even met Tom.

What do you think of Tom Cruise being snubbed from his daughter’s wedding? Does Isabella Cruise refusal to invite her famous dad surprise you? Let us know what you think in the comment section below.