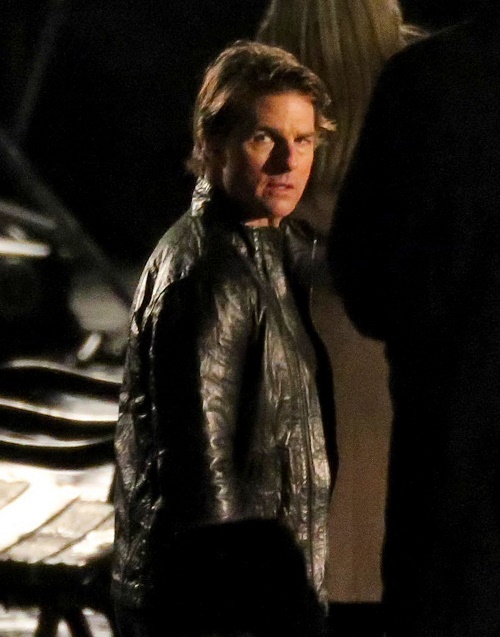 Tom Cruise’s reputation has gone into the gutter over the recent years, and now he hopes to reclaim it by finding another wife. His reputation has grown a bit shady largely due to his association with Scientology and his impassioned defense of the ‘religion’. No matter how bad the public’s opinion of Scientology continues to get, Tom continues to claim that Scientology is totally, like, the best thing evahhhhh.

And now, a new report from Life & Style Magazine claims that Tom Cruise is looking for wife number 4 to save his reputation – as IF another wife would help things.

However, Life & Style’s source claims that Scientology matchmakers have currently designed a curriculum for potential brides, and they’ll be training these potential brides to be the perfect wife to Tom Cruise. And then, whoever graduates from the program and fits the physical requirements – i.e, shorter than Tom Cruise, beautiful, and smart – they’ll get married to Tom Cruise in another over-the-top ceremony, probably in a European castle.

Ok, first of all, nobody ‘smart’ is going to want to get involved in this craziness. Their best bet is to look within Scientology to find the perfect bride for Tom Cruise, since that person is probably already brainwashed. And then, they’ll need to make sure that this woman is not a big celebrity, because it’ll become another Katie Holmes situation. And finally, they’ll need to make sure that she’s very charming, charming enough to offset some of Tommy boy’s weirdness and rants about Scientology.

Basically, they have as much chance of saving Tom Cruise’s reputation as I have of flying on a pig. Right now, the only thing that will save his reputation is a public denouncement of Scientology and everything it stands for, and then years of career PR rehabilitation. But I don’t envision Tom doing any of those things, so consider it a lost cause.