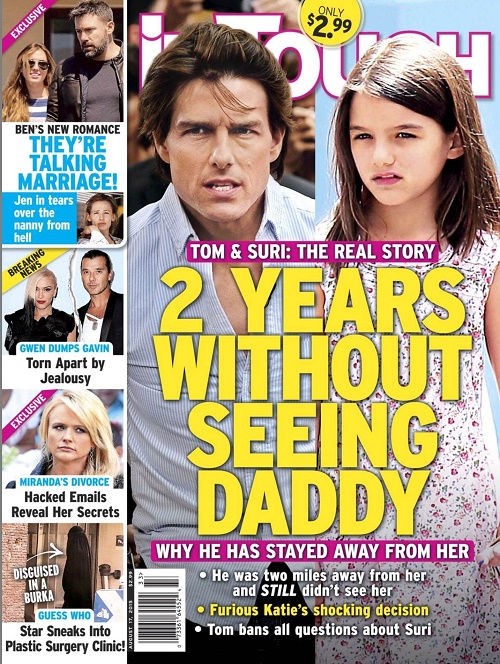 Tom Cruise was in New York City last month promoting his new Mission Impossible film, and he paid everyone that mattered a visit: Jimmy Fallon, Jon Stewart, and even the entire Directors Guild Association. Basically, Tom Cruise saw practically everyone in NYC except for his own daughter Suri Cruise – whom he hasn’t saw in over two years. Just when we thought Tom couldn’t do anymore damage to his reputation as a crappy father, he snubbed his own daughter!

Since Tom Cruise and Katie Holmes’s divorce, it has remained a mystery as to why Tom Cruise is not a part of his daughter’s life. While some people believe that Katie won’t let Tom near Suri because of his Scientology connections, others believe that Cruise is just a deadbeat dad, and with the money he has he could do anything his heart desired – including buying some time with his own daughter. Tom and Suri haven’t actually been spotted together since a 2013 trip to the Adirondack Mountains.

An insider dished to In Touch Magazine on why Tom hasn’t been making time to see Suri. The source explained, “It’s possible that Tom won’t see Suri because he thinks that Katie and her family are talking negatively about him and Scientology. Also if Katie is considered a ‘Suppressive Person,’ then the person closely connected to them is considered a ‘Potential Troubled Source.’” As far as Scientologists are concerned, it is “better to disconnect” from a “Potential Troubled Source.” Man, Scientology is confusing.

Regardless of what Tom’s reasons are – he knows how it looks to everyone, and he has completely banned anyone from mentioning his personal life or his daughter Suri in interviews. The last thing Tom wants to do is be put on the spot about why he has been deadbeat father and not tried to see his daughter, or if Katie won’t allow him to see her, why he hasn’t taken her to court?

According to In Touch Magazine, Katie Holmes is furious that Tom hasn’t made any attempts to see his daughter. Suri is getting older, and she was well aware of the fact that her father had appearances scheduled in New York – so you can imagine how devastated she was when he didn’t come to see her. The magazine’s insider dished, “She is just done with him. Katie feels it would be a huge interruption for him to just walk back in to their lives now. She would rather he just left them both alone so that they can get on with their separate lives.”

Are you as baffled as we are as to why Tom Cruise won’t see his own daughter? Do you think it is Scientology related? Or is he just a deadbeat dad? Let us know what you think in the comments below! 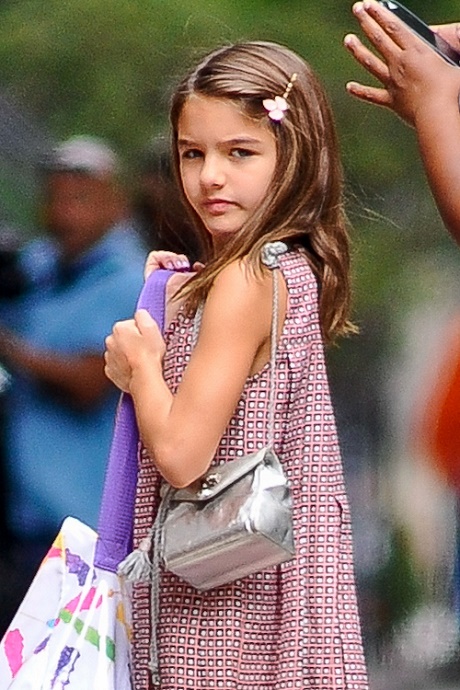