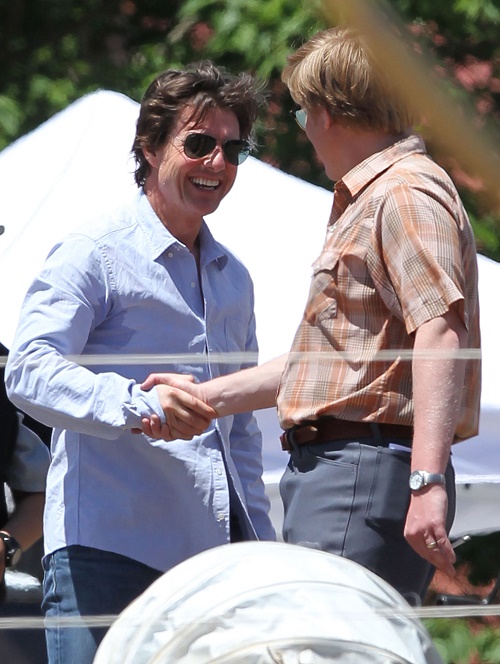 Tom Cruise is determined to slow down the hands of time. The Mission Impossible actor has reportedly turned to plastic surgery to do so. Tom Cruise has always denied getting plastic surgery, but the actor showed up on the set of his new movie, “Mena,” looking not quite himself. Sources on the Georgia set say there is no doubt in their minds that the 52-year-old worker had some work done on his face.

This week’s edition of Life & Style Magazine reveals that Tom Cruise paid a pretty penny to try and appear a few decades younger for his upcoming promotional tour of Mission: Impossible Rogue Nation. L&S explains, “Though he has always had an ageless quality, Tom is now making a big effort to look young. One source believes that he could have shelled out over $50,000 to have his own fat harvested and injected in to his face. The results are good, but not quite natural looking.”

Pals close to the actor told Life & Style Magazine that Tom Cruise is determine to look the exact same way he did when he starred in the original Mission: Impossible film back in 1996. Good luck with that! Plastic surgery has come a long way, but can doctors really shave two decades off from your face without making you look like a science project?

There is no doubt in our minds that Tom Cruise has been going under the knife and getting work done. But we would be more apt to believe it has something to do with his search for a new wife and a lot less to do with Mission: Impossible. It is no secret that Tom Cruise is on the prowl again, and there have been multiple reports that his tea has been interviewing women for him to date. Perhaps Tom blamed his singleness on his aging face, and decided to freshen up a bit. Do you think Tom Cruise is getting work done for his movie, or for his romantic life? Or should he just leave his face alone? Let us know what you think in the comments below!