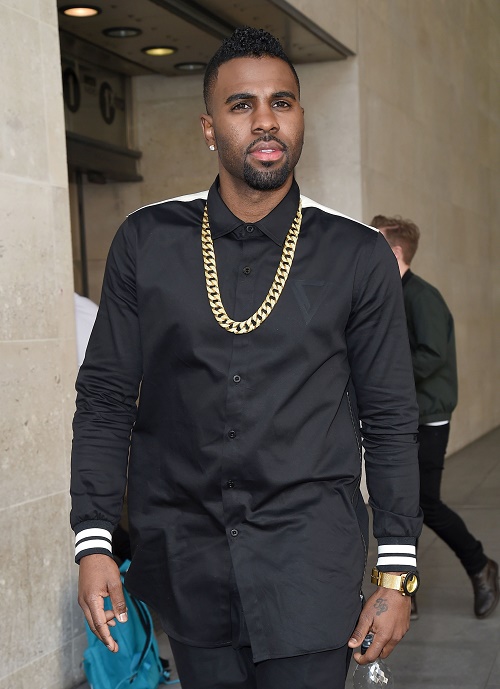 Jason Derulo’s new album Everything Is 4 was released on June 2 and is currently blowing up. The popular singer sat down with In Touch Magazine to discuss his new music, and of course his breakup with longtime girlfriend Jordin Sparks came up. After dating for 3 years, Derulo and the American Idol alum went their separate ways in September 2014. A few months later, Jordin released a mixtape about their break-up and implied that fame changed Jason Derulo. But, according to Jason, fame wasn’t the problem – and in his interview he implied that Jordin Sparks might have been using him to get ahead in her career.

In Touch Magazine asked Jason how he felt about Jordin singing about him on her mixtape and Derulo replied, “I only have a problem when people air their dirty laundry in their music when it is used as a marketing tool.” Sure, Jason didn’t come right out and say that Jordin was using their break-up to sell her songs as a publicity gimmick – but it definitely sounds that way. And that wasn’t the only passive aggressive shade that Jason threw at his ex.

Later on in the interview In Touch Magazine asked Jason, “Do you think it is harder to date in the public eye?” And Jason’s response, “You have to be a little more careful because you never know when someone is using you.” Once again, he never actually said Jordin’s name – but I think we all can see the pattern here.

Do you think that Jason Derulo was talking about his ex-girlfriend Jordin Sparks when he mentioned airing his dirty laundry as a “marketing tool?” Did Jordin actually try to cash in on their break-up by releasing a mixtape about it two months later? Or do you think Jordan is right, and fame changed Jason Derulo? Let us know what you think in the comments below!