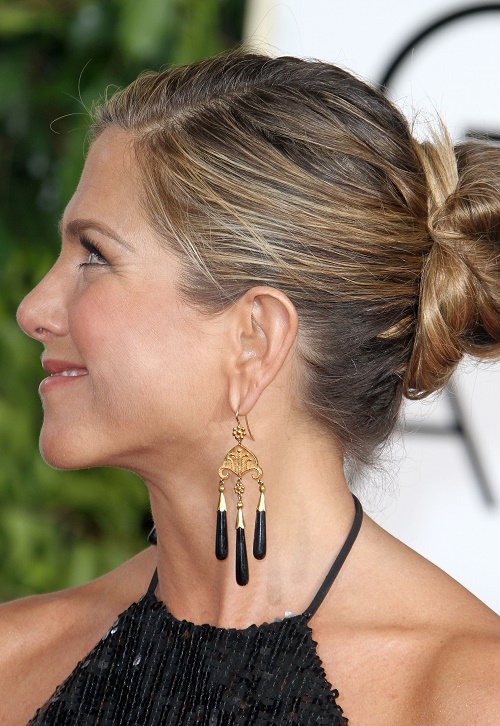 The 2015 Oscar nominations were announced this morning, and one of the biggest surprises in the list was the lack of a Best Actress nomination for Jennifer Aniston. Mind you, Jennifer’s performance in Cake was passable, not Oscar-worthy – however, based on the way awards season works, Jennifer has somehow managed to channel all her good will into aggressive campaigning. As a result, she went from zero buzz to gaining on all the other potential nominees, landing a Critics Choice nomination, a Screen Actors Guild nomination, and a Golden Globe nomination.

Because every other major awards body recognizing her – and her decision to actually hire a veteran Oscar campaign expert – we’d assumed that Jennifer Aniston getting nominated at the Oscars was a sure thing. Heck, people were actually placing her second to Julianne Moore to actually WIN the whole thing, not just get nominated. But alas, it seems like the Academy actually went with merit instead of campaigning skill, since they chose to select Marion Cotillard for her brilliant performance in Two Days, One Night. It probably stings for Jennifer that Marion barely did any campaigning, but still managed to land a nomination. Jennifer, on the other hand, has campaigned harder than she has for anything in years, and she didn’t even merit a nomination.

Jennifer’s only consolation will be the fact that Angelina Jolie was also snubbed by the Academy, but it’s probably not enough to make her fans happy. If we’re being honest, the Best Actress field this year was incredibly weak, apart from Julianne Moore and Marion Cotillard. Jennifer Aniston probably won’t get another shot at landing a nomination and/or win for a long time, unless she starts picking solely Oscar baity movies from now on. Actually, seeing her desperation for an Oscar this time around, I wouldn’t be surprised if that’s exactly what she began doing.

What do you guys think about Jennifer Aniston getting snubbed by the Oscars for a Best Actress nomination? Let us know your thoughts in the comments below.