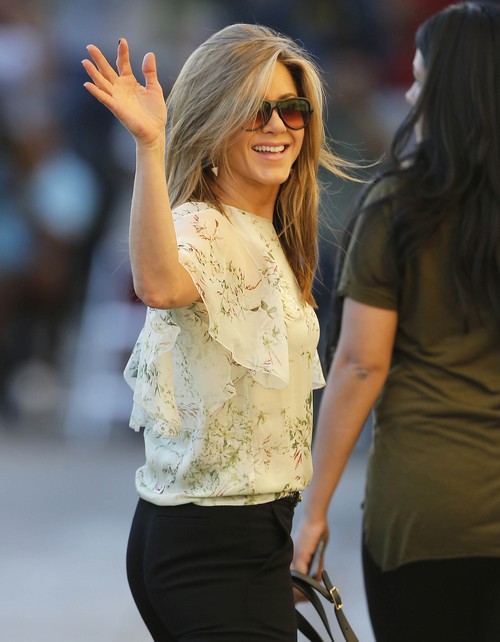 Angelina Jolie’s Unbroken was snubbed in all of the acting and ensemble categories at the SAG Awards nominations this year, but guess who did manage to pull off a nomination? Angelina’s enemy, Jennifer Aniston. It’s been a good day for Jennifer Aniston, hasn’t it? First, all those nasty Sony emails regarding Angelina Jolie leak this morning, and now she gets a SAG nomination while Angelina’s film gets snubbed completely? She’s probably dancing around, signing Victorious at the top of her lungs.

It actually is fairly surprising that Unbroken was snubbed in all of the categories, even though the film’s best chances are still at the Oscars, with Best Director and Best Picture. However, many pundits were saying that Miyavi was a sure shot at Best Supporting Actor, but it looks like other actors don’t necessarily agree. Plus, Jack O’Connell was always a long shot for Best Actor, even though several people who’ve seen the movie have raved about his performance.

What actually IS surprising was Jennifer Aniston landing a Lead Actress nomination for her performance in Cake. Cake had literally zero momentum coming into awards season, but Jennifer Aniston managed to create buzz out of nothing. It looks like all those interviews about her marriage to Justin Theroux and all of those posed faux pregnancy shots from the red carpet paid off, not to mention utilizing Selena Gomez’s Instagram and Twitter following to reach out to the younger audience.

Of course, the SAG Awards are very, very different to the Oscar awards, especially in terms of nominations. The Screen Actors Guild contains many more people of diverse backgrounds, and in general, actors are more creative in their choices and their nominations than the old farts at the Academy. Actors love Jennifer Aniston for Friends, but I still think it’s a long shot for an actual Oscar nomination.

But of course, it doesn’t matter to Jennifer Aniston. Her victory – even if it’s fleeting – will tide her through the next few months, especially as it’s at Angelina Jolie’s expense.