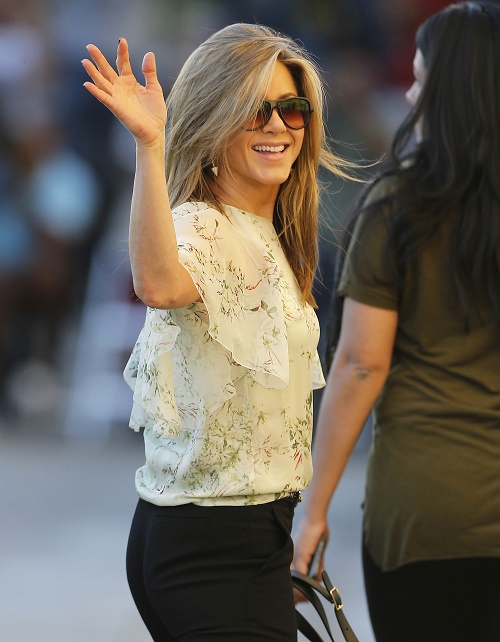 Jennifer Aniston is really, actually, going to get nominated for an Oscar. This isn’t just theoretical anymore, and it’s not just a joke anymore either. Somehow, Jennifer Aniston has used her Hollywood connections to land herself a Golden Globe nomination, a Screen Actors Guild nomination, and a Critics Choice nomination for her performance in Cake. And having seen Cake, I’m not sure what all these people are smoking.

Anyway, Jennifer’s going all out in her Oscar campaign, even hiring a professional Oscar strategist named Lisa Taback. This Lisa Taback has worked Oscar campaigns for The Artist and The King’s Speech, so she has Harvey Weinstein connections up the wazoo. She also has experience winning, and Jennifer Aniston is going to need that. Right now, it’s starting to look like a nomination is a sure shot, but a win is still very far outside of the realm of possibility. If anything, Julianne Moore has the Best Actress race locked and loaded, with Reese Witherspoon a close second. Jennifer Aniston will need to build momentum to an unbelievable degree if she wants a chance at overtaking them, and I don’t know if that’s possible – even with Lisa Taback’s help.

What do you guys think? Will Jennifer Aniston manage an Oscar nomination, and [gasp] an Oscar win with the help of an Oscar strategist? Or is the nomination as far as she’s going to get? Let us know your thoughts in the comments below.